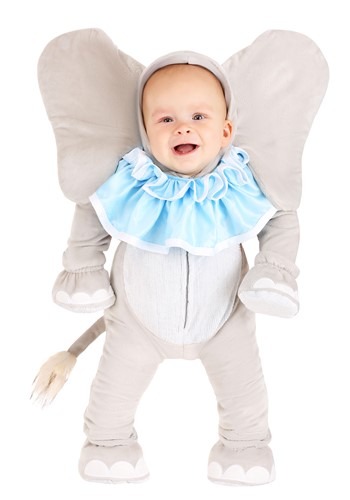 Star of the Show

When you have a baby in the house, it can feel like you’re the ringmaster of your very own circus. Except, half of the time, you don’t have the command of a ringmaster, and your adorable performer completely ignores your efforts to control the chaos. They shriek and you bring a bottle, but they want a pacifier. Or they fuss and you put on a little show to distract them, but they now want that bottle. Sometimes, they create quite a stink and instead of ringmaster you act as a stable hand trying to clean up a small elephant’s mess. But then, you lean into the hilarity of the situation and change out of your top hat for a clown’s ruffled collar, and your baby giggles.

Keep embracing it! Don’t worry about being the ringmaster; become the star clown. Throw tissues in the air instead of using them to sop up spilt milk. Let your baby’s giggle become the soundtrack to your new show. And then get them looking the part of that sweet (and sometimes smelly) elephant that always steals the spotlight!

Your baby will be the star of the show in this Elo the Elephant Infant Costume! This multi-piece costume starts with a plush hooded jumpsuit. The belly of the jumpsuit is padded with fiberfill to give it a plump appearance, while also increasing the warmth your baby will be wrapped in. The hood wraps snug around your baby’s head and features large ears to give them a positively adorable look. Keep their fingers and toes cozy with the included booties and mittens designed to look like an elephant’s wide feet. The stuffed tail snaps onto the back of the costume and can be easily removed. Complete this charming circus-worthy look with the baby blue ruffle collar that’s sure to inspire your own circus costume!

Pictures to Prove It

Your baby probably won’t remember how much fun their first Halloween was. But when you’ve got them outfitted in this cute Elo the Elephant Infant Costume, you won’t be able to resist snapping tons of pictures to prove they were the most precious pachyderm!