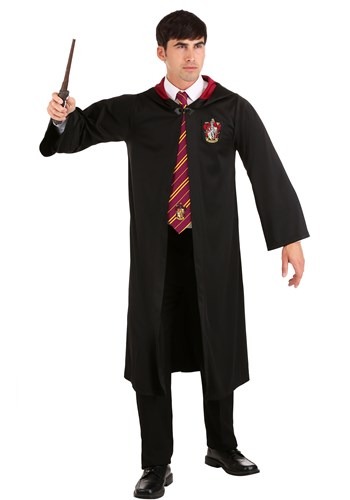 Ghastly Way to Become a Ghost

We did some research into the famous members of Gryffindor house and learned a little more than necessary about Nearly-Headless Nick. Based on the books and movies we already knew the Gryffindor ghost was executed by beheading (and that it didn't go well). However, we weren't sure what Nick was like as a young man and just how grotesque his death was.

Did you know Sir Nicholas de Mimsy-Porpington (as he prefers to be called), after his 7 years as a Gryffindor at Hogwarts was a member of King Henry VII's royal court? He actually had the honor of advising the king and keeping him in good company. It seems a few members of the court understood he had a few "magic" tricks that could help with things like crooked teeth. Nick was approached by Lady Grieve who asked to have him straighten her teeth, which led to an unfortunate tusk growing from her head instead. Traumatic to say the least, but worth execution? Nick was executed on Halloween morning, but honestly, his death is almost too scary for even the ancient holiday (look up the details if you'd like, but this is a family-site).

This Halloween, when you decide to masquerade as a famous Gryffindor, choose to go as Sir Nicholas in his prime. Imagine the 16th-century student strolling through the halls of Hogwarts in this exclusive Gryffindor Robe and not a fear in the world. This sleek black robe, with its scarlet red lined hood and Gryffindor crest, will help you harness the confidence of the young noble when he wrote ballads and fumbled his way through Transfiguration.

You're going to be ready for a Hogwarts Halloween celebration when you don this classic Gryffindor Robe. Even Nearly-Headless Nick's death-day celebration will liven up when you stroll through the door. We recommend bringing your own Halloween treats though, ghosts have a tendency of serving very pungent hors d'oeuvre.