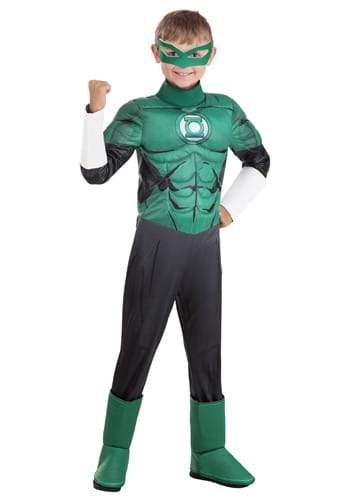 Willpower to Do Good

Going up against the forces of evil seems like it should be one of the hardest things in the world. You have to foil their dastardly plans, while keeping the damage of your encounter to a minimum… It’s a lot! But, in truth, fighting against the evil powers of Sinestro and the Yellow Lanterns is not as hard as people seem to think it is.

For one, the fights often take place in space where collateral damage is fairly limited. The real benefit that people don’t think about, though, is that kids are incredibly imaginative. They can invent ideas that you would never have thought of in a hundred years, which makes them the perfect bearers of the mantel that Hal Jordan took up. There is just no way to fight back against a purple dragon with three heads and twelves legs, much less the million other things our kids think up on a daily basis!

This Green Lantern Deluxe Kids Costume is the perfect way to show that you are ready to join the lanterns for good! The jumpsuit has built in foam muscles, so you don’t even have to be particularly strong to pass for a Lantern- you will look tough enough! The boots and mask add the final official touches to make you the perfect Green Lantern lookalike.

If you are looking for the perfect Green Lantern costume for your child this year, then this is the one for you. They will love running around as their hero, even if they will have to work with pure imagination rather than the power of an actual Lantern!