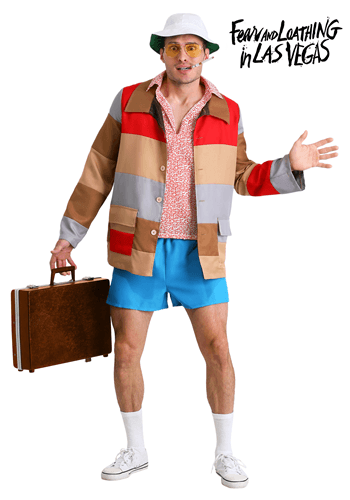 Raoul Duke lives life on the seat of his pants. During his search for the American Dream, his hotel room might get trashed, his lawyer may just go off the deep end, and he will definitely have to rely on pure Gonzo Journalism to get him through his next big story. But then, we all need to search for our own version of the American Dream, right?

This Raoul Duke Costume is a deluxe costume inspired by the character from Fear and Loathing in Las Vegas. It comes with everything you need to head out on your trip to find the American Dream, including a shirt, pair of shorts, his patchwork jacket, hat, and sunglasses. To finish the whole look off, it even comes with a cigarette holder.