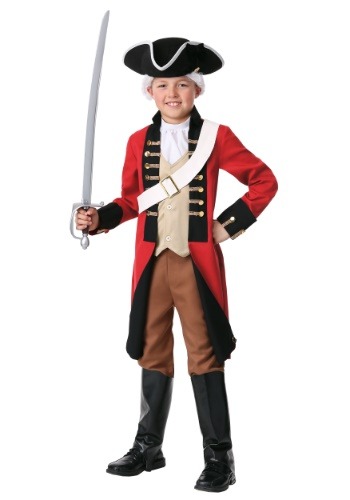 1775 was a good year for the British career soldiers we call the Redcoats. Those whiny colonists in the American colonies were keeping them all in work with their grumbling. Those buckle-shoed yokels were incurring the wrath of one of the strongest militaries in the civilized world just because they didn't want to pay more for tea and paper. Well, the Redcoats didn't mind. Sure, they were far away from fashionable European society, refined tea time treats, and their noble king. But America's streets weren't yet backed up with centuries of refuse and coal dust. The sky was still blue and the water was drinkable. No offense London, you folks have literally cleaned up your act in the last couple hundred years.

How were these soldiers supposed to know how many people would rise up over the eight years of the Revolutionary war? The war was close. History easily could have turned out differently. Whether your kiddos have been singing along with Hamilton for years or they're working on a school project, they'll feel sleek wearing the bright uniform of a Redcoat!

Your child will be able to charge ahead with confidence when rocking this Made-By-Us Redcoat costume. The dashing red jacket is attached to the cream-colored vest. The interior of the jacket is trimmed with a black panel with gold button work. A fancy white cravat is layered underneath. A chest belt makes your child look ready for anything while the boot covers strap over black shoes so the look isn't interrupted by modern kicks.

The pursuit of happiness is never more successful than when it comes to a top-notch costume. Polish this sleek look off with a classic white wig in the style of the late 1700's as well as an old-fashioned rifle prop or ceremonial style sword prop. Whether your child has a spot in a school play or they've come up with a historical Halloween costume, they're sure to love this dignified Redcoat costume!