Halfway to Halloween Costume Ideas for 2016

Why does Halloween only come once a year? It seems like a real bummer that the main holiday dedicated to dressing up like crazy characters only comes just once every 365 days. Sure, it turns October into the best month of the year, but what about those other months that want to be a part of the fun? What about April? It's spring time, the flowers are in bloom, new Game of Thrones episodes are on, and superheroes are fighting each other. If that's not deserving of a little bit of costumed fun, then what is? Well, April's in luck, which means you're in luck. Coincidentally, this spring time month is Halfway to Halloween! That makes it the perfect opportunity to treat yourself by dressing up in a Batman costume, or getting the party started in a Puppy Monkey Baby costume. There's a lot that's been going on this year, so let's take a look at all the things happening to find some inspiration for the many costume looks you can go with on this glorious holiday. 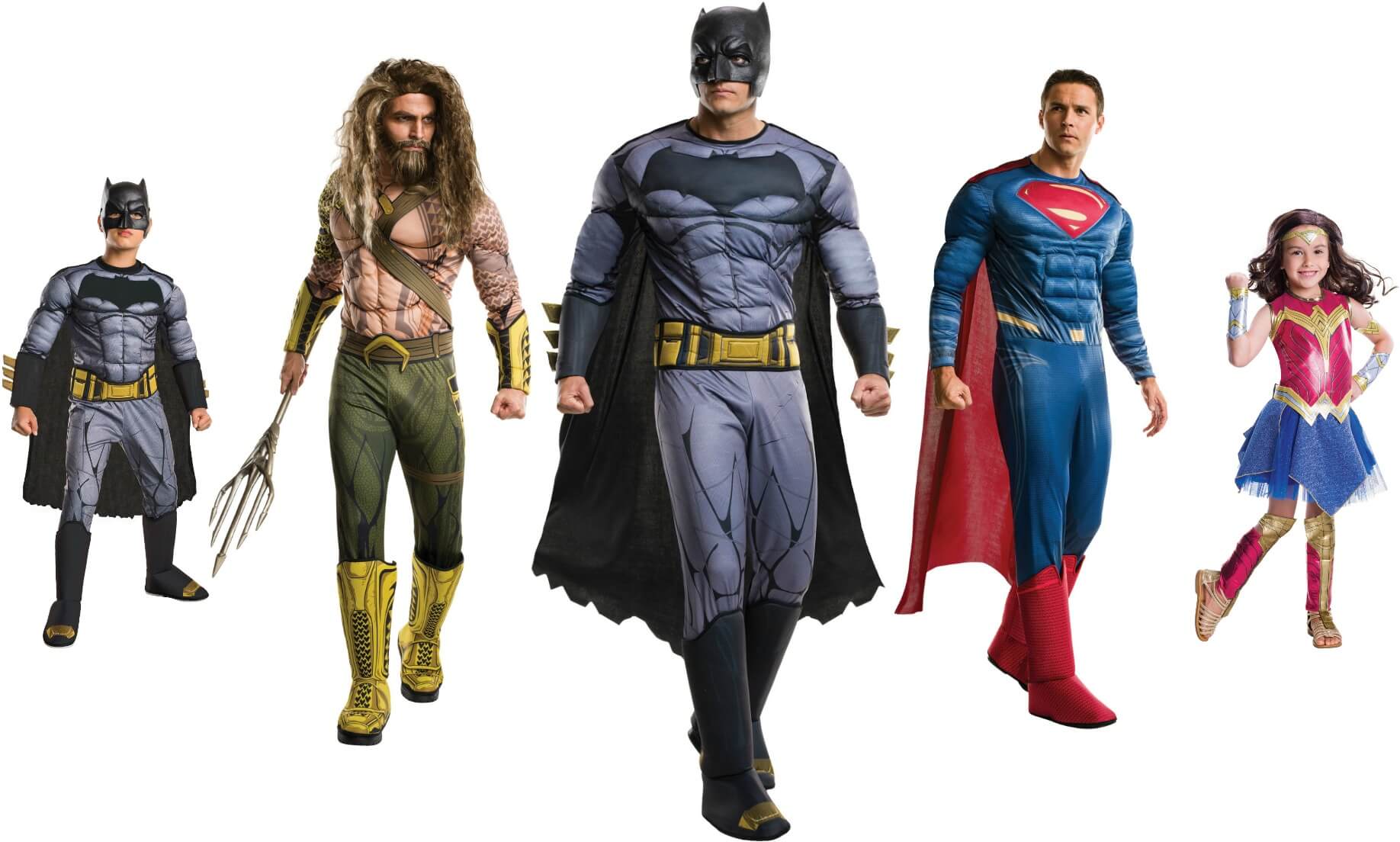 Whoa! Can superheroes go more than a couple of hours without pummeling each other? Apparently not, since Zack Snyder's Batman v Superman proves that Bruce Wayne and Clark Kent just can't seem to see eye to eye on things. Whatever your take is on the dream sequences and the constant slow-motion shots, it's impossible to deny how awesome the costumes are in the blockbuster movie. Did you see Ben Affleck in that Batman costume? Best. One. Yet. Henry Cavill's looking quite heroic in his new take on the classic Superman costume. And Gal Gadot's outfit? Forget about it! If you've been itching to jump into a superhero suit of your own, then Halfway to Halloween gives you a reason to do it, so go ahead and superhero it up. 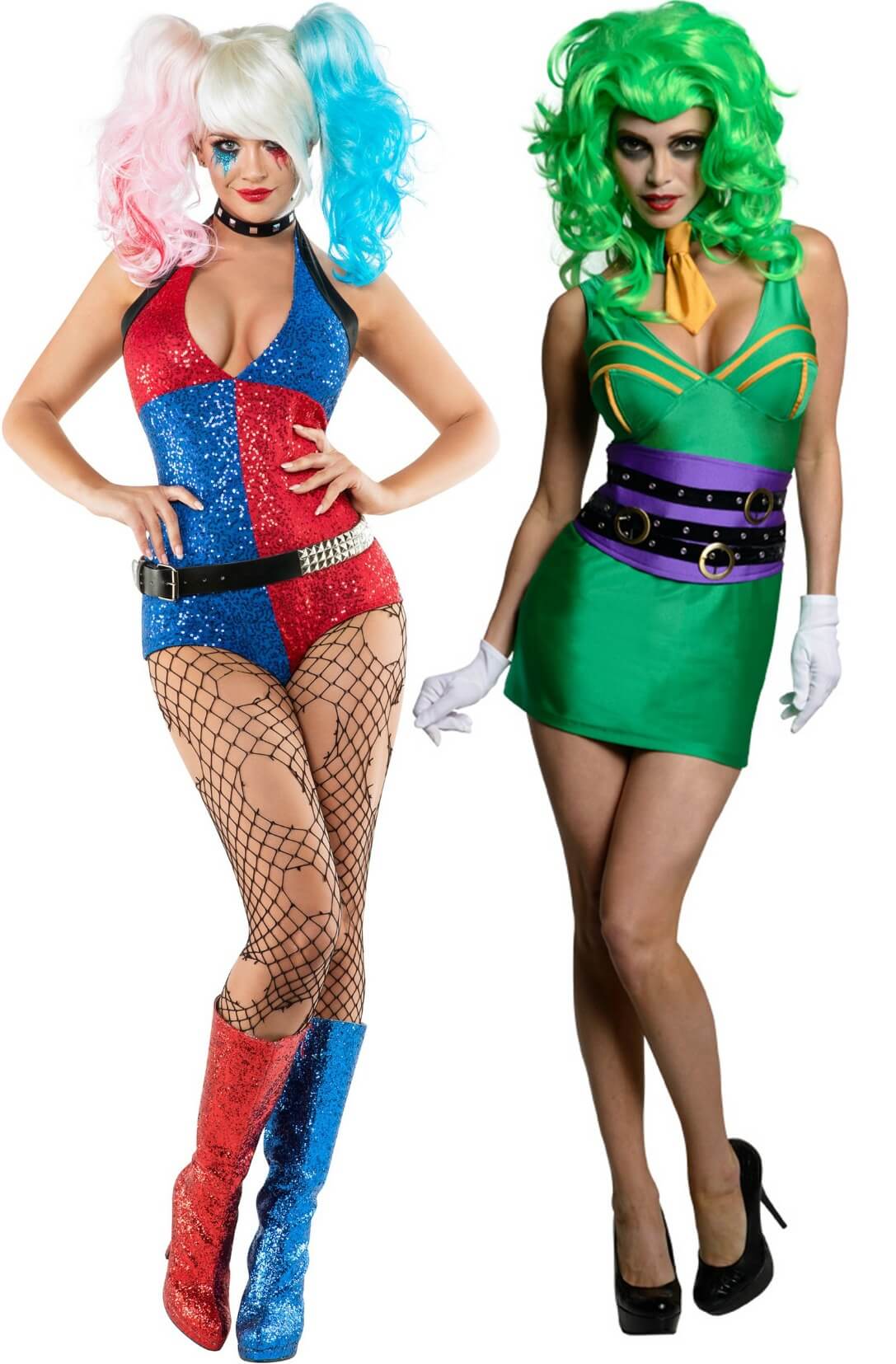 Superheroes aren't the only ones monopolizing the silver screen. Deadshot, Captain Boomerang, Killer Croc, and the gang are kicking butt and taking names in the film, Suicide Squad, but of course, the girl that everyone is talking about is none other than Harley Quinn. Her relationship with The Joker has been a focal point on a lot of the hype around this film, so it's no wonder that dressing up like either of the characters has never been a better idea. Since she's a little bit cute and a lot a bit crazy, her look makes getting a little crazy an easy proposition. Here are some of the costumes you can wear for the halfway celebration, including a sultry look inspired by the Joker.

Who hasn't wished that they could be Deadpool for a day? The Marvel comic book character has wisecracks for days, a cool pair of swords, and probably the best superhero costume ever made. Of course, the guy's a little bit too crazy to try to live inside of his head for more than a day, which is why these Deadpool costumes are a great way to be the Merc with a Mouth without completely losing your head. That way, you get to have all the fun of fourth-wall breaking comic character without having to suffer through all that Weapon X experimentation. And, of course, since he's got himself a brand new movie this year, it also makes for a great look for a costume party. 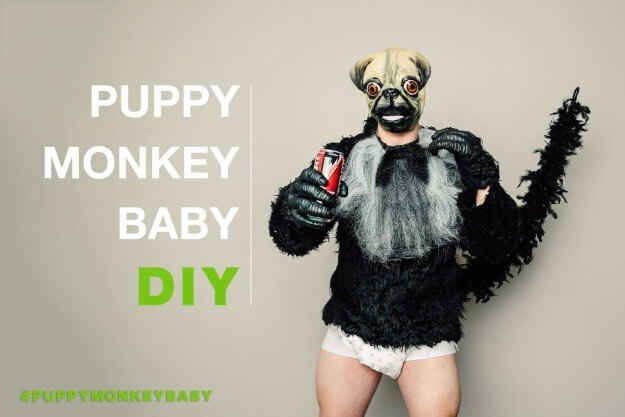 If Mountain Dew has taught the world anything, it's that merging 3 things together produces some...interesting results. In the case of MTN Dew Kickstart, it's a delicious blend of juice, caffeine, and Dew. In the case of Puppy Monkey Baby, it's a paradoxical abomination that's one part cute, one part creepy, and one part what-the-heck-did-I-just-witness. He made his grand entrance into pop culture with that wacky Super Bowl ad, offering refreshment to those in need of a jolt of energy and the rest is internet sensationalism at its best. Yes, once that little critter is in your head, it's hard to get him out of there. Why fight it though? Embrace the weird little guy. You can even find instructions on how to make your own Puppy Monkey Baby costume right here on our blog! 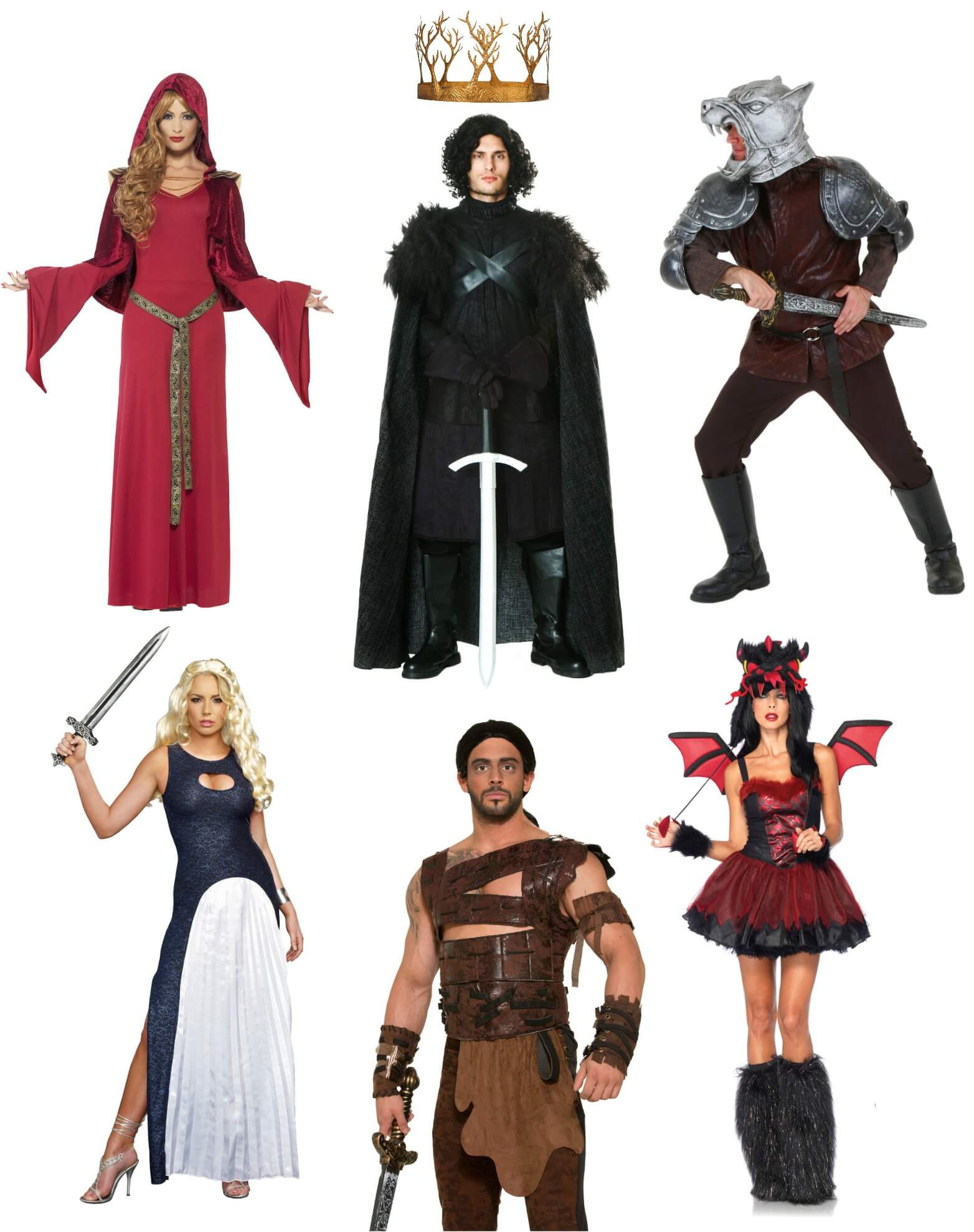 Yes, it's that time of the year again. All flavors of theories have popped up on the internet about the fate of Jon Snow. Will the Clegane brothers be pitted against each other at some point? And who the heck comes from Targaryen descent? These questions may or may not get answered in the latest season of George R.R. Martin's Game of Thrones. Of course, the question of “What am I going to wear for Halfway to Halloween?” will be answered with some of these medieval inspired costumes. Of course, wearing one of these outfits for a Game of Thrones party on Sunday is practically mandatory once you have one! Just make sure to bring your sword along with you, since you never know who you can trust when entering the realm of Westeros. 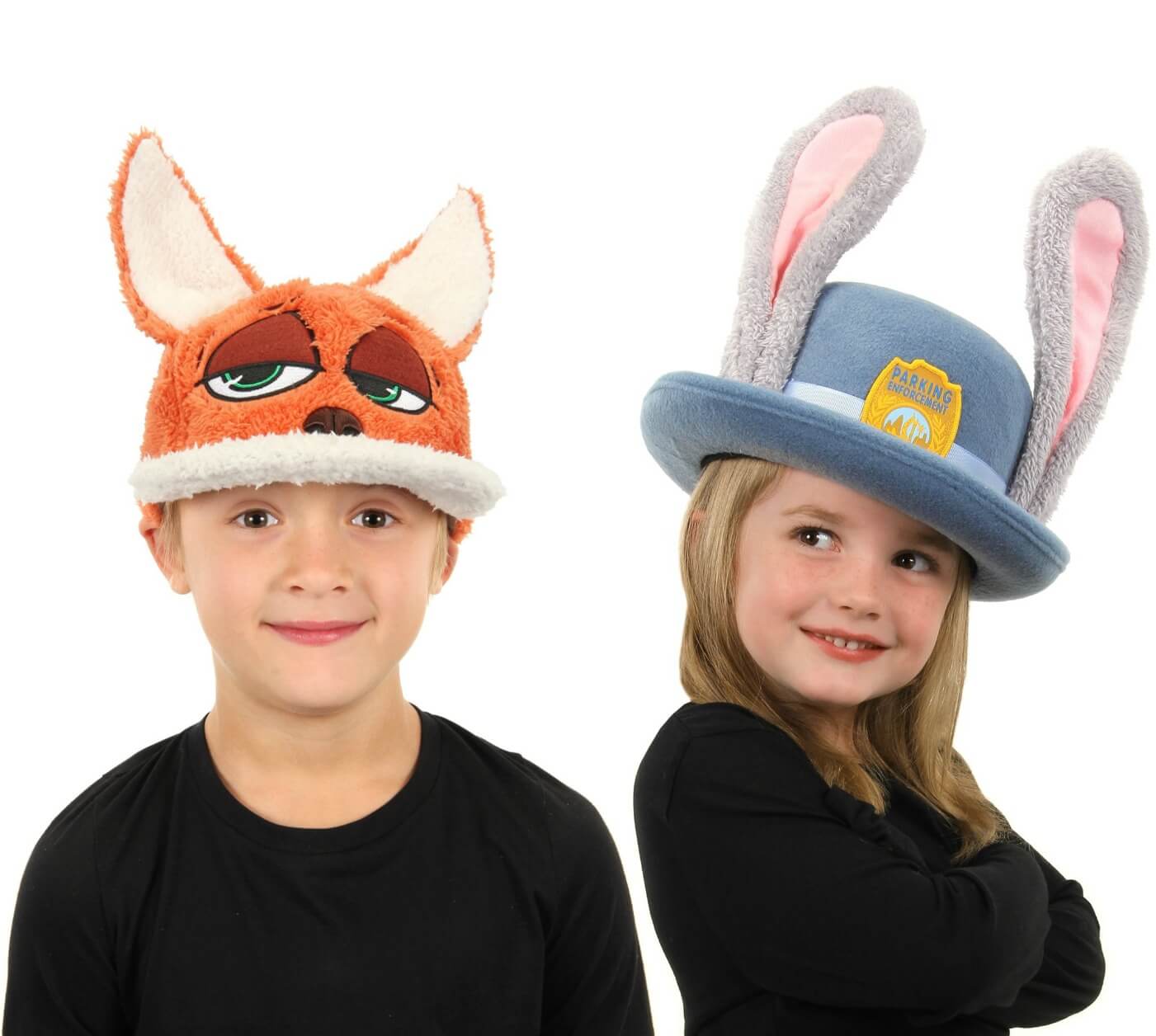 Guess what? If you thought that this little holiday was only for adults, then think again! If you have a little rascal or two at home, then celebrating Halfway to Halloween turns you into their hero. Imagine being a kid and your parents tell you that you get to wear a costume and have candy...and it's not even October yet. It's pretty much the best thing that can happen to a kid. But what are the kids loving these days? One word: Zootopia. The Disney movie smashed the box office sales with it's amazing animated visuals and wacky characters, so your kids are definitely going to want to be the funniest animals from the movie, like Judy Hopps and Nick Wilde.

Are you excited at all the possibilities for Halfway to Halloween yet? 2016 is primed to be a great year to toss on a costume, throw a party, and shake off the winter - and we have plenty of other new costumes to get you in the party spirit! What costume do you want to wear this spring? What are your plans for celebrating this wondrous occasion? Let us know in the comments below.