Why Do We Associate Pumpkins With Halloween?

They blankly stare back at us from street corners to front porches. The hollow, orange faces seem to follow us everywhere we go, especially in October. Have you ever stopped and thought about why pumpkins are so interconnected with Halloween celebrations? It’s not Halloween, unless you’re ripping out the guts of one and munching on its seeds. 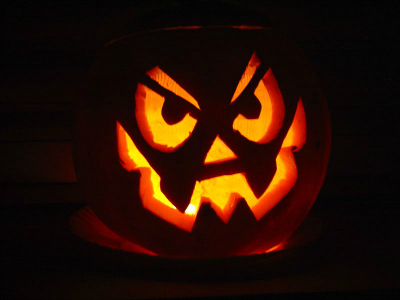 Dating back to the early pagan harvest festival, Samhain, celebrated by the Celts, the link between the celebration of the harvest and Halloween had its beginnings. Along with other crops, like turnips, apples were used as a symbol of the harvest. While pumpkins may currently be used to recall these annual festivals, the Celts did use other crops in Ireland. So, how exactly did pumpkins become so intrinsically linked to Halloween? The answer lies in the Irish who immigrated to America in the 19th century, which we’ll get to a little later...

While the Irish celebrated Halloween centuries later, they kept their Celtic roots and parts of their celebrations, by including the turnips in the festivities. One way the Irish celebrated Halloween was carving faces into vegetables, like turnips and potatoes. Why would they do such a thing? The Irish had a story of “Stingy Jack.” Jack was a man who tricked the Devil multiple times, and when he died, God did not want such a questionable character in heaven. Being tricked so many times by Jack, the Devil did not want him in Hell. Poor Jack was forced to roam the countryside with only a burning coal inside a hollowed out turnip to light his way. The Irish took this practice, and connected it to Halloween celebrations by carving faces into the turnip as to scare away “Stingy Jack” or other evil spirits. Thus, the “Jack of the lantern” or jack o’ lantern was born. 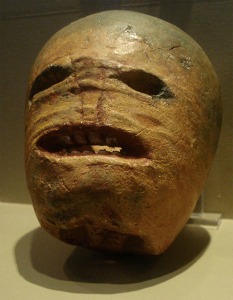 However, when the Irish started immigrating to the United States in the 19th century, they discovered pumpkins were quite abundant and began replacing turnips and potatoes with them. Not to mention, pumpkins are quite eye catching, compared to a turnip or a potato. Not only did the Irish bring over, jack o’lanterns, but also the many traditions that are linked to Halloween today. Trick or treating, dressing up in costumes, and jack o’lanterns are just some of the aspects of Halloween the Irish introduced to Americans in the 19th century and that are continued to this day. Since the Irish discovered the usefulness of pumpkins in America in connection to the “Stingy Jack” tale, they have become almost synonymous with Halloween traditions in America. 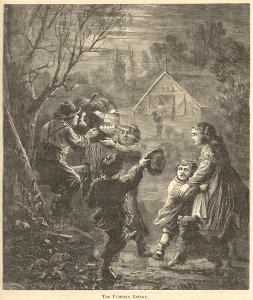 Next time you’re carving a jack o’lantern, think about the long tradition connected to pumpkins and the immigrants that brought it over. Maybe share the story of Stingy Jack with your friends and/or family, while partaking in the festivities.

Talia Earle is a writer for HalloweenCostumes.com, where you can get all the supplies you need to create your own jack o'lantern.

A Witch’s Halloween: A Complete Guide to the Magick, Incantations, Recipes, Spells, and Lore by Gerina Dunwich