Even the most enduring comic book characters are reinvented multiple times. Not all characters survive this creative juggling, though, and they unfortunately often lose ideals and origins along the way. Sometimes this reinvention is done in attempt to either appeal to a new demographic or to simply update the material to bring the character into the contemporary era. Other times, the character enters a new medium, such as film, and must then be interpreted by a new group of creative individuals.

Catwoman, along with the rest of the Batman universe, is one of the most enduring and popular comic book characters that survived these multiple transitions and interpretations over the decades. She has a ton of unique things going for her. Not only does she have sex appeal (of course, she’s drawn that way), but she also exists as a unique figure in the dichotomy between the typical good versus evil action seen in Gotham City. Is Catwoman evil? Sometimes, but she is also good—sometimes. That makes her character a brilliant foil and love interest for Batman, which has helped her remain nearly as iconic as the Dark Knight himself. Now, she is being featured in the next Christopher Nolan entry in his epic Batman trilogy, being played by actress Anne Hathaway. This isn’t an easy role to jump into without being derivative, but like everything else in the Nolan-devised Gotham City, we can and should expect Catwoman to be reinvented yet again.

Before the conjecture about Hathaway’s performance in the so very secretive “The Dark Knight Rises”, let’s look back at those actresses that have embodied the role already. Each has been unique, differentiating themselves from the Catwomen that came before them. From the campy, the dark and the ridiculous, Catwoman has seen her fair share of the big screen. 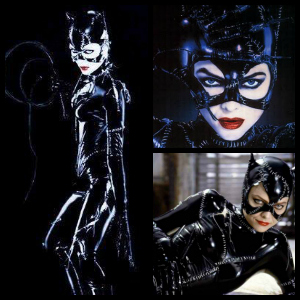 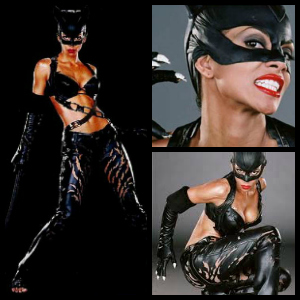 Hathaway went even further back for more inspiration on the role, namely from actress Hedy Lamarr. Batman creator Bob Kane once stated that Lamarr was a key influence in the creation of Catwoman. Hathaway said in an interview with the Los Angeles Times, “I know this sounds odd, but [Lamarr’s] breathing is extraordinary. She takes these long, deep, languid breaths and exhales slowly. There’s a shot of her in [the 1933 film] ‘Ecstasy’ exhaling a cigarette and I took probably five breaths during her one exhale. So I started working on my breathing a lot.”

Early on in her career, Hathaway had starring roles in child-friendly films such “The Princess Diaries” and “Ella Enchanted”. She quickly outgrew those roles for edgier fare such as “Havoc”, “Brokeback Mountain” and “The Devil Wears Prada”. She is a versatile actress, able to play a wide range of characters convincingly. You can be sure that her Catwoman will not be a one-note character; like everything else Christopher Nolan has brought to Gotham, her Catwoman will be layered, complicated, and everything will have a reason. Hathaway is able to bring an understated elegance to any role she plays, which shows what the producers were going for when they cast her as Catwoman / Selina Kyle. It appears as if her costume will have a more sleek, fitted look than the Berry version. Check out our officially-licensed Grand Heritage Catwoman costume from "The Dark Knight Rises" for one of the most sought-after looks for this Halloween. 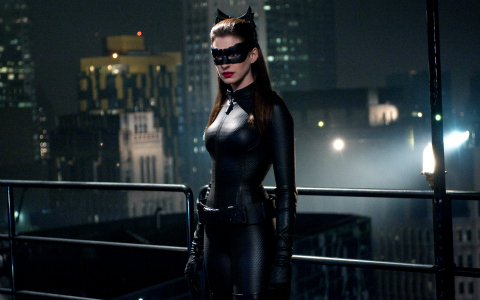 “The Dark Knight Rises” isn’t out until later this week, so we won’t know exactly how Catwoman plays out until a while after that much-anticipated release. It’s all speculation, but based on Nolan’s Batman pedigree, you can be sure that the character will be different from any that came before, because the past is irrelevant to this Batman trilogy. Anne Hathaway is a very talented actress that will also bring her own style to the role, and may even become the cornerstone version that defines Catwoman for decades to come.