Hasbro is one of our favorite brands because they're behind some of the hottest properties out there. Their toy lines started with Mr. Potato Head and later My Little Pony and Transformers. And now they're in charge of popular franchises like PJ Masks, Peppa Pig, and Power Rangers! Of course, we've got Hasbro costumes for all of them! 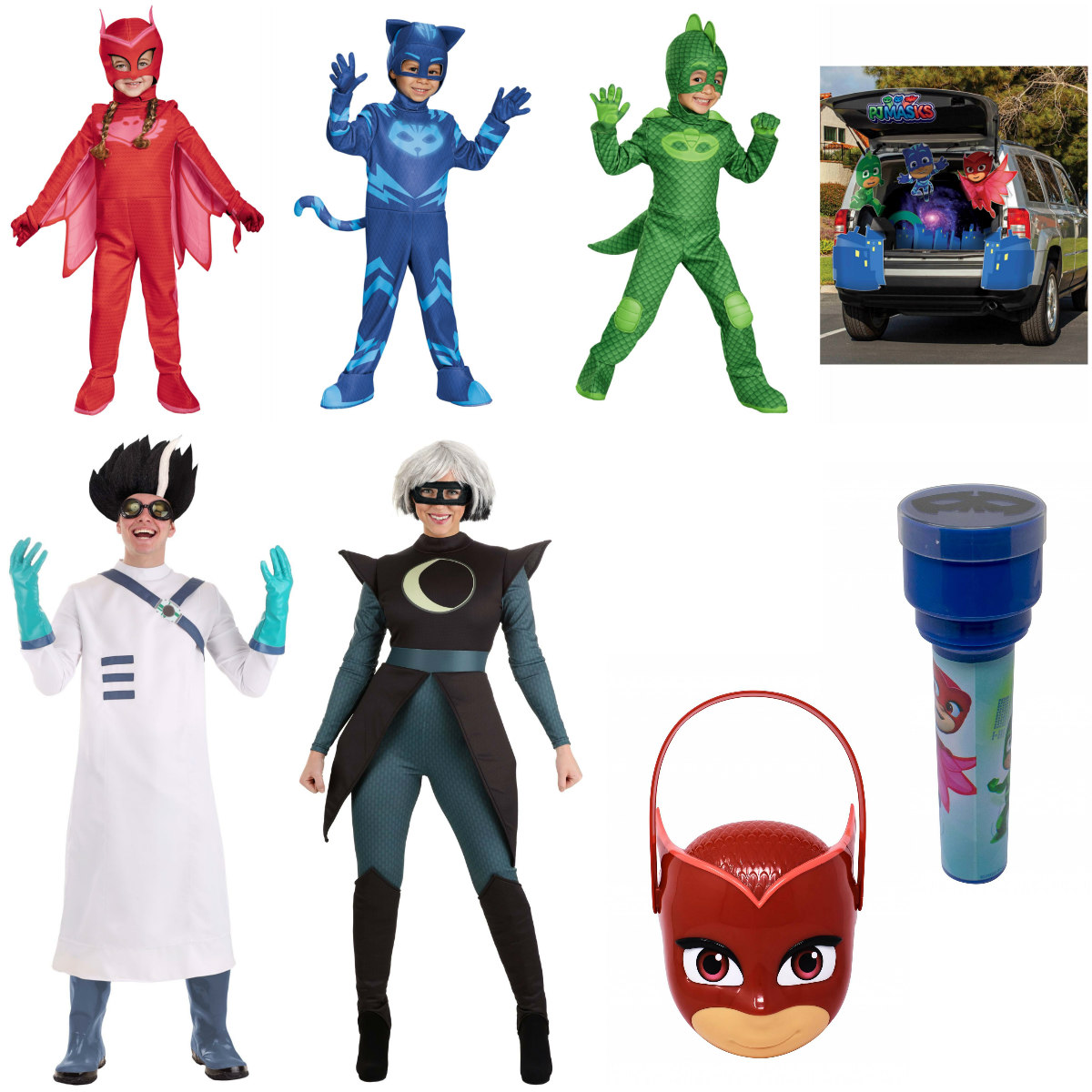 "Into the night to save the day!" Sound familiar? Are your kiddos into crime-fighting, mystery-solving superheroes? Then they'll love these PJ Masks costumes for kids! Dress them up as Catboy, Owlette, or Gekko to save some lives—or just hang out on the couch and watch PJ Masks. These costumes aren't just for children, either. We also have adult PJ Masks costumes with exclusive Luna, Romeo, and Night Ninja costumes! 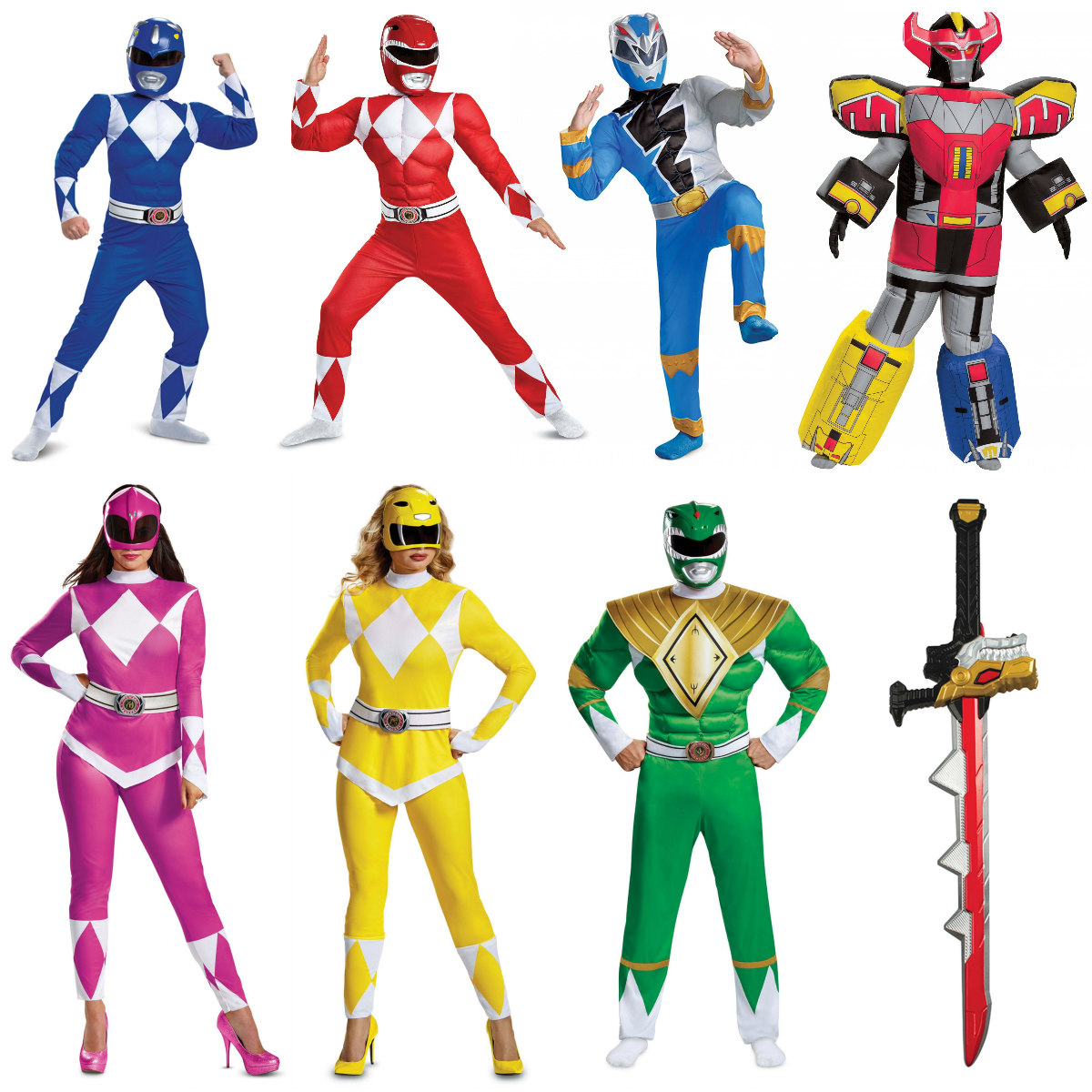 When aliens threaten the Earth, the Power Rangers suit up to stop it. Now you and your kiddos can suit up as well in these Power Ranger costumes! We started by carrying all of the Mighty Morphin Power Rangers costumes, including all seven Rangers (Pink, Yellow, Green, Red, White, Black, and Blue). But now we've got Power Rangers Dino Fury costumes, too! That includes the Dino Fury Blue Power Ranger, Red, and Pink! And if you can't pick between your favorite Rangers, don't worry. Just get the inflatable Megazord costume for some larger-than-life action! 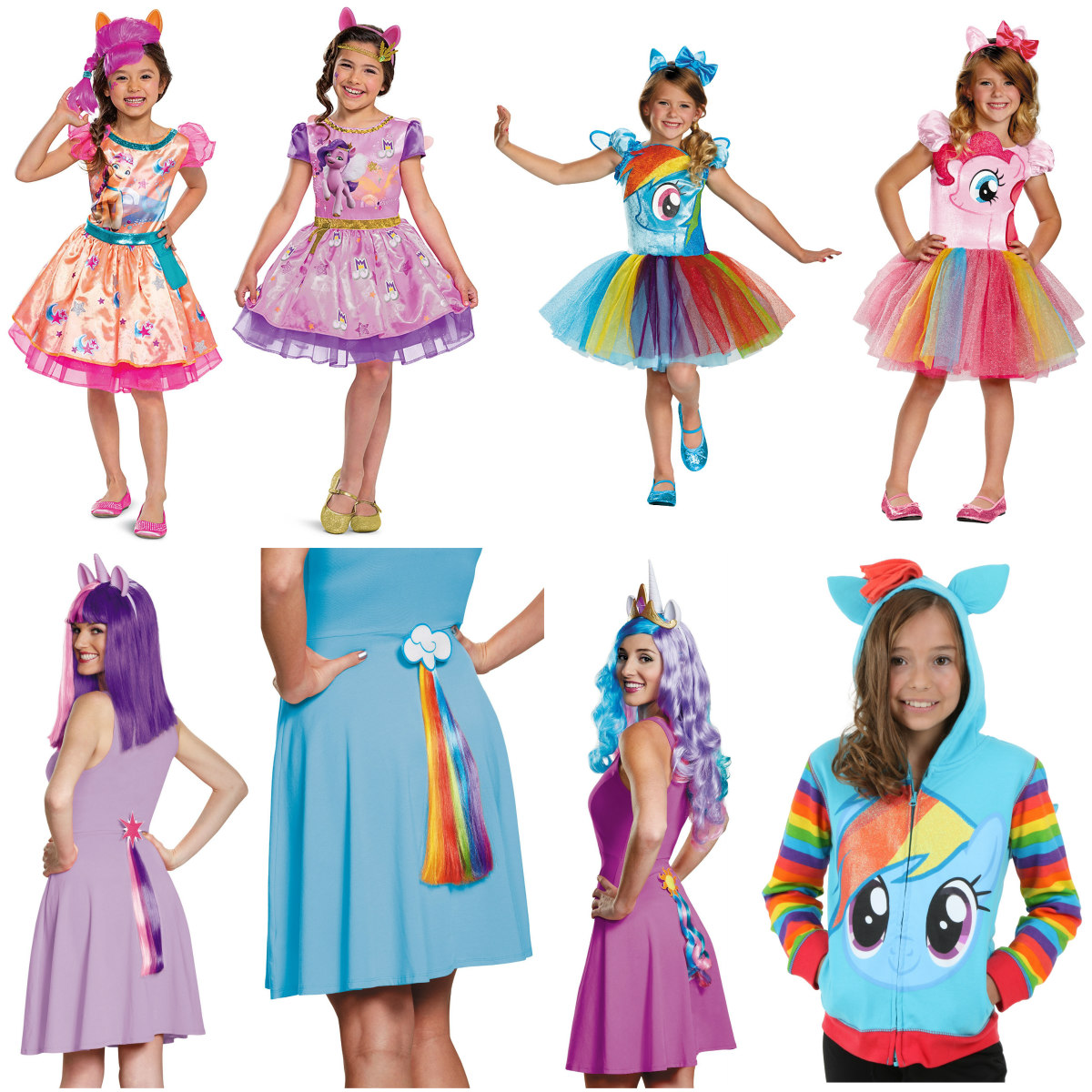 My Little Pony is one of Hasbro's earliest hit franchises, starting in 1981 with reboots every decade or so. The latest incarnations feature the now-iconic Rainbow Dash, Twilight Sparkle, Sunny Starscout, Pipp Petals, and more! And for fans of the series, we have My Little Pony costumes in two types: accessory kits and tutu costumes. You can add the accessories to anything you want and make your own Rainbow Dash costume! The tutus are great for Halloween, special events, or just hanging out and watching My Little Pony: A New Generation! 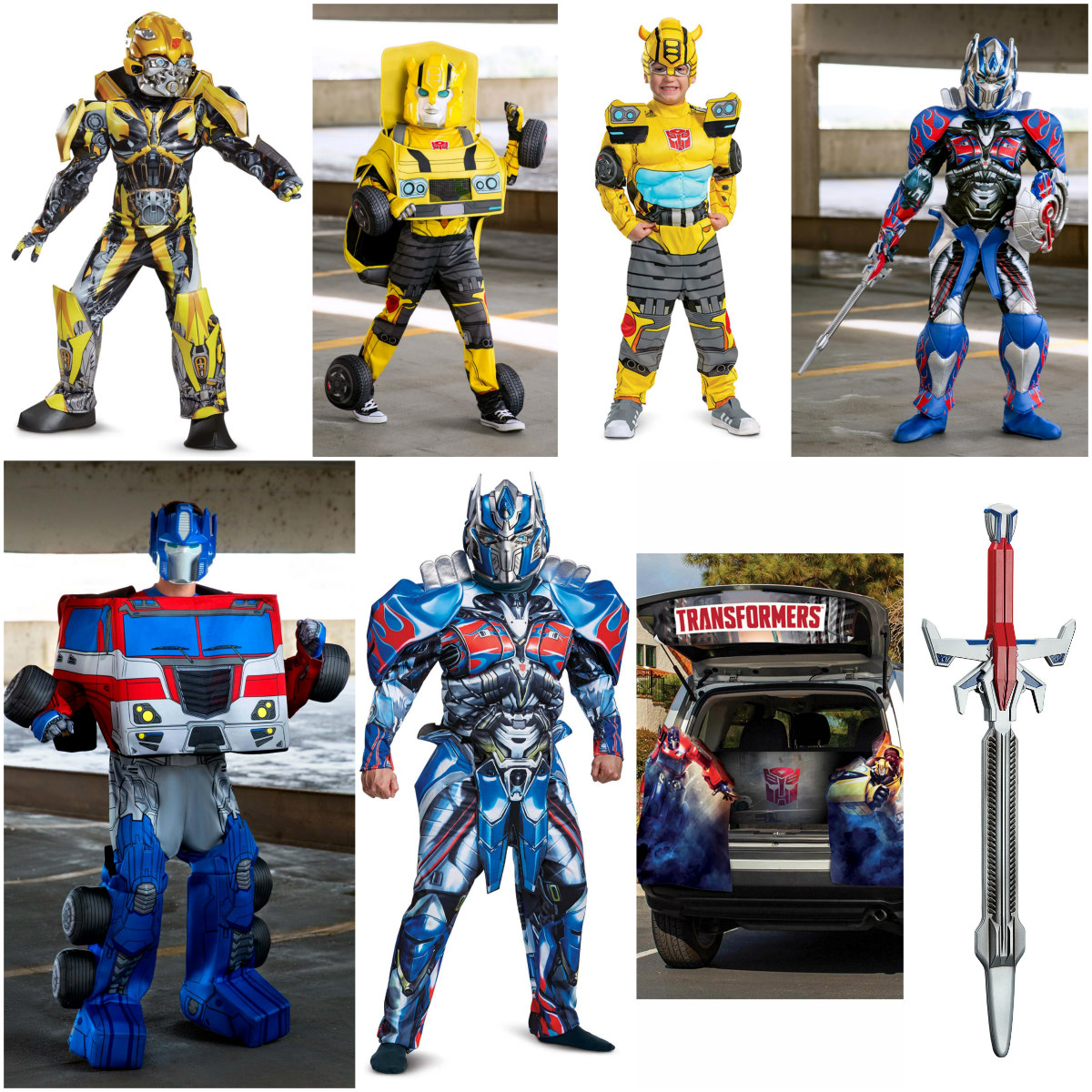 The Transformers franchise began in 1984, only a few years after My Little Pony. Our Transformers costumes are based on two of the earliest Autobot heroes, Optimus Prime and Bumblebee. And the cool thing is that there are all kinds of Optimus Prime and Bumblebee costumes. You've got inexpensive and deluxe costumes, super high-end authentic costumes, and even transforming costumes. That's right! Cybertron sounded like a cool place, but only Earth has Transformers costumes that actually transform! 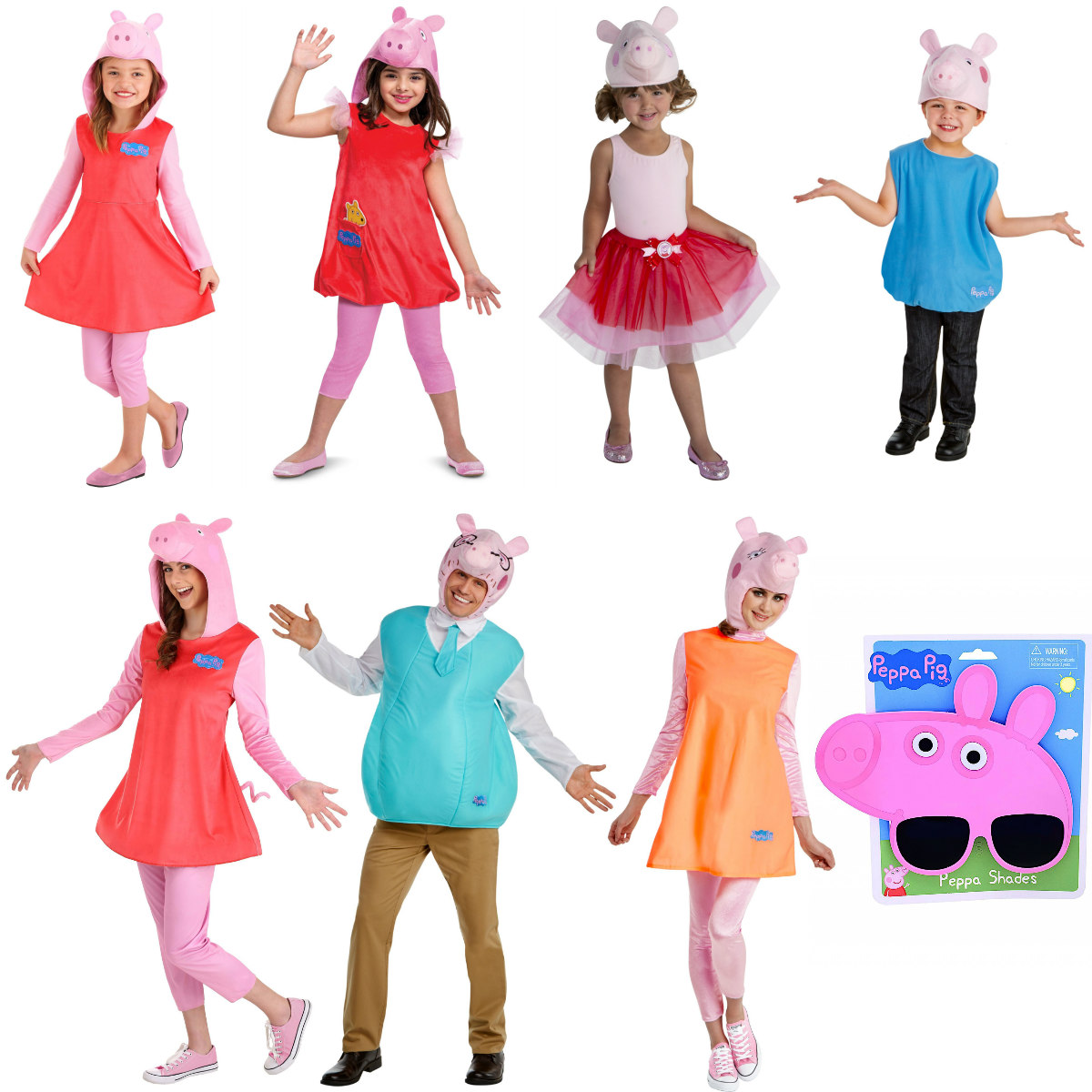 Peppa Pig is a huge hit with kids and also plenty of adults too! We love the picture-book style and relatable situations—plus the accents. Everyone loves the accents! We've got a variety of Peppa Pig costumes, including our exclusive Made By Us costumes! You can also find a Daddy Pig and Mummy Pig costume for adults! Just practice saying "oh good!" and "muddle puddles" in a British accent while we ship your own Peppa Pig costume!

Did you find the costume you're looking for? Are you a PJ Masks or Peppa Pig fan? Or how about Power Rangers or Transformers? Leave a message in the comments! And let us know if you have ideas for other costumes, from a Hasbro property or something else entirely!