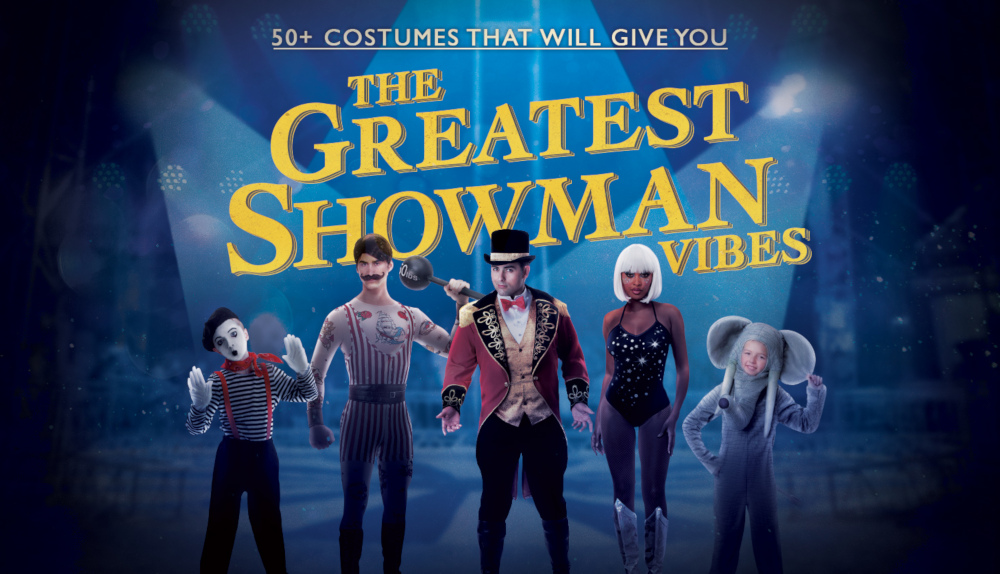 Ladies and gentlemen, boys and girls—come one, come all to the greatest show on earth! There have been quite a few circus-themed movies and TV shows in recent years such as The Greatest Showman, American Horror Story: Freak Show and the upcoming live Dumbo movie. Circuses are, for the most part, a piece of a bygone era, but the circus costume theme has increased in popularity. (And we're totally on board with it!) Circus Halloween costumes are great for all ages and you can play it straight, mix in a little horror, go out by yourself or put together the most awesome circus group costume on the planet. Keep reading and we'll show you a wide variety of the best circus costumes perfect for your next costumed outing.

Ringmaster Costumes for the Person That Loves the Spotlight 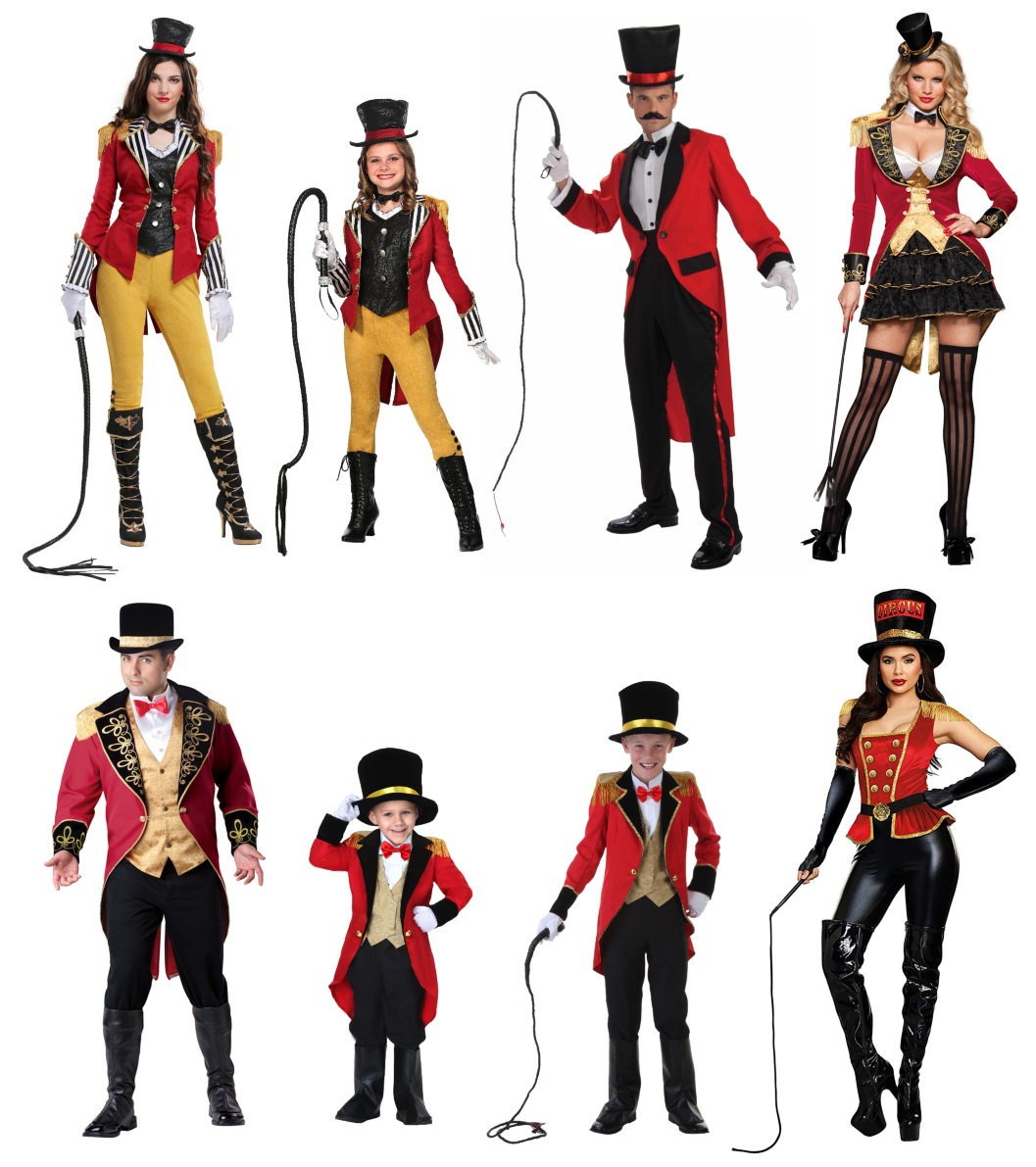 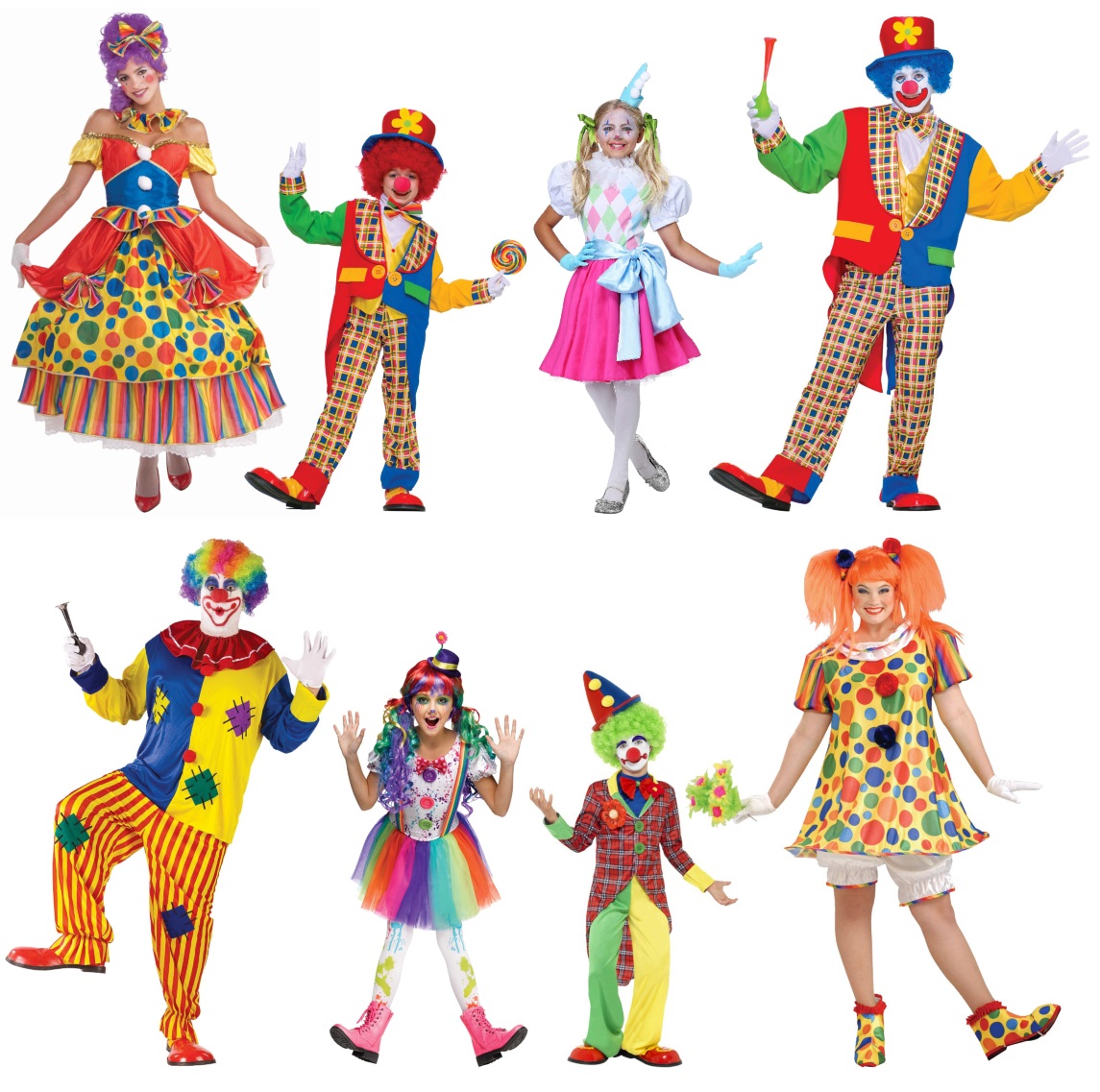 Apologies in advance if you have coulrophobia, but clowns are a major part of the circus. They have smaller acts that often help distract the crowd from the fact that they're changing the props in the background for the next performance, and they often rely on humor to keep your attention. Clowns even help to distract the crowd if something goes wrong on stage. Clown costumes for kids are bright and colorful, and they're often their introduction to full-face makeup. There are also clown costumes for adults, perfect for circus group costumes or even performers that do tricks and balloon animals at children's parties and events. A silly clown costume is a great excuse to go all-out and wear any colorful wig your heart desires!

Strongman Costumes for all the Vintage Circus Vibes 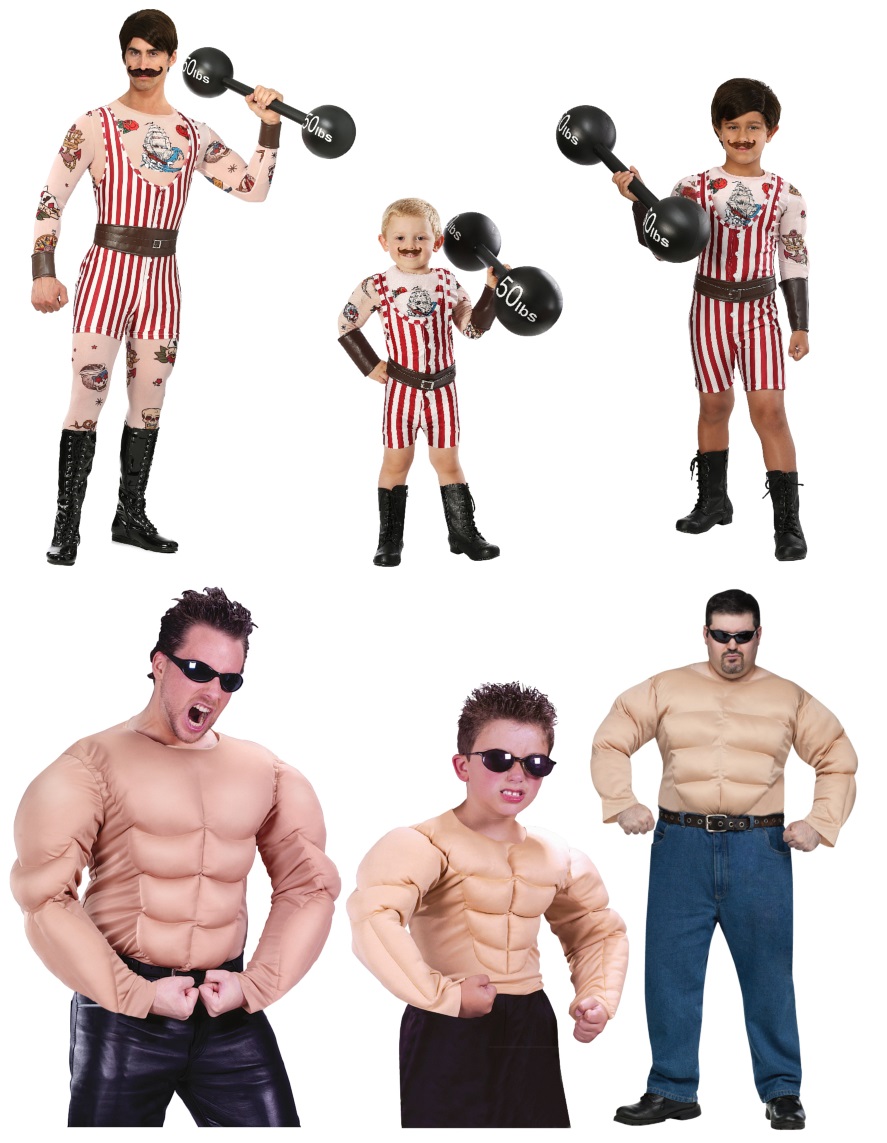 If you'd consider yourself an old soul that enjoys the aesthetic of a vintage circus, you might enjoy wearing or including a strongman costume in your group. Like the clowns, they used to perform sideshow feats of strength to entertain the crowd during an intermission. They were known to lift weights, break chains and tear decks of cards with their bare hands. If you're a fan of DIY, you might want to turn a muscle chest costume into a DIY vintage strongman costume. Don't forget to have a prop handy so people can marvel at your incredible feats of strength! 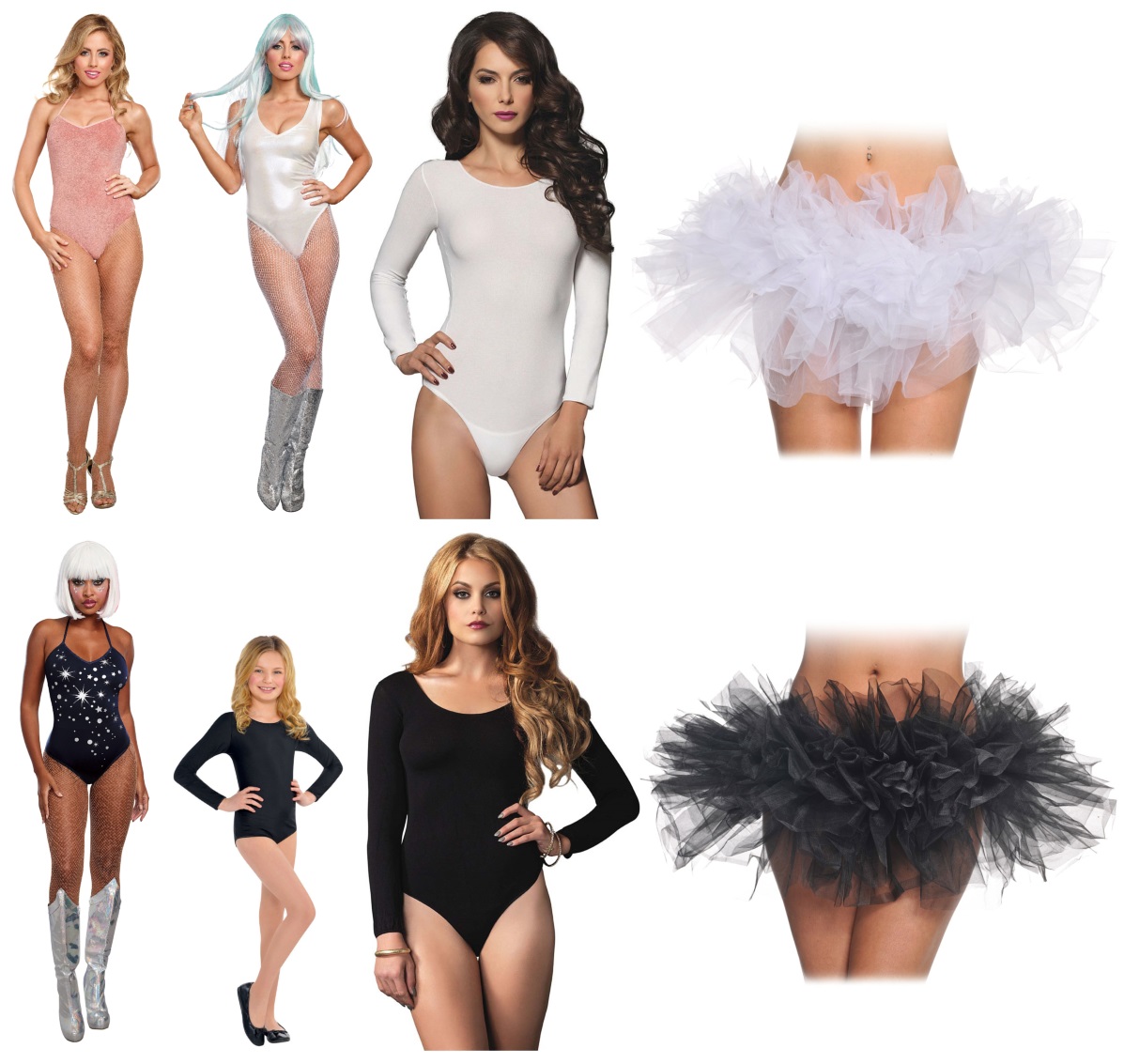 No circus is complete without a couple of high-flying acrobat costumes! Grab a leotard or bodysuit, pair it with a tutu or petticoat and tights, and you're ready to be the star of the show! If you like to assemble DIY costumes with costume pieces and accessories, you're going to love putting together your DIY trapeze artist costume. You can even bling it up if you wish by adding some beaded appliques or metallic iron-on embellishments. While many acrobats prefer to wear leotards, you can always wear a full-length bodysuit costume if you prefer. You can also step up your game with a baton or a longer piece of PVC pipe as a makeshift balance pole. (Just be careful if you know you're going to be at a packed party!)

Mime Costumes That Will Be Comfortable All Night Long 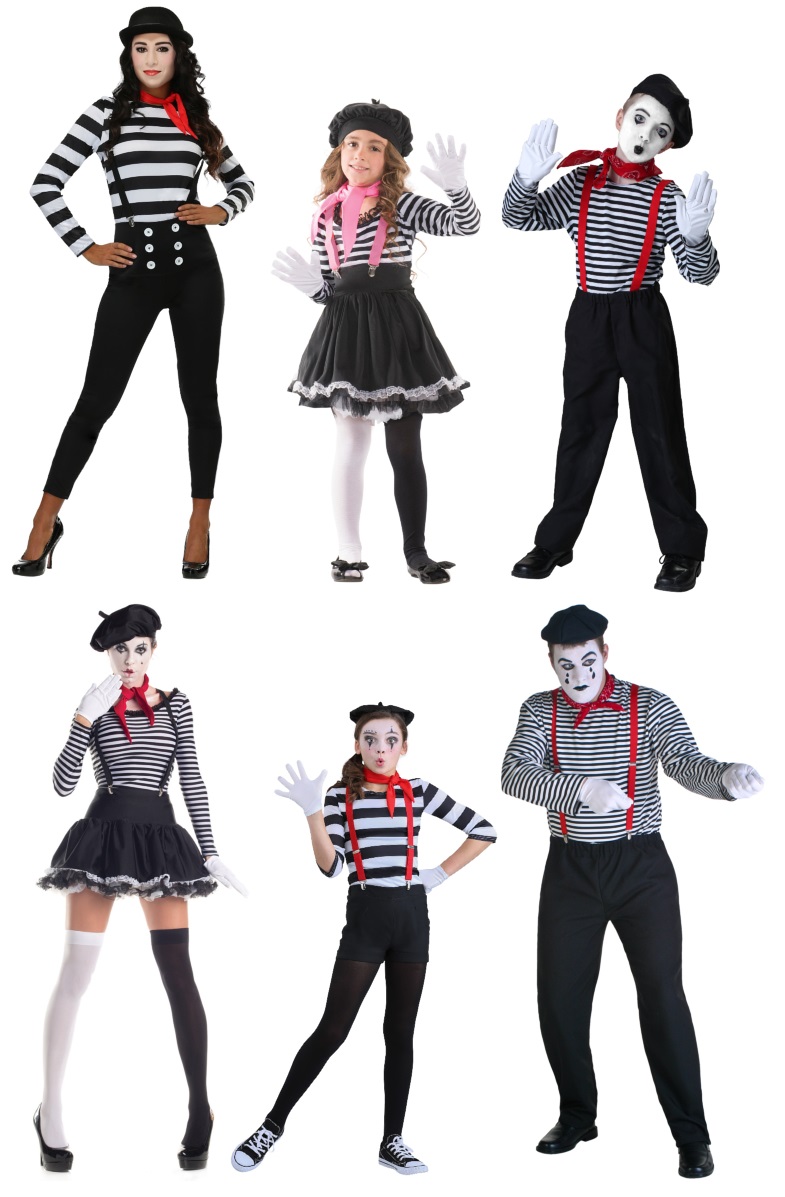 If you're one of those people that likes a laugh as much as anyone else but you're bad at telling jokes, perhaps you'd be more comfortable in a mime costume. Mimes are a little less common in circuses because clowns are more typical, but sometimes they might be in a dark circus or in a carnival setting. Some circus costumes require props, but not a mime—you get to make them yourself out of thin air! (Frankly, it's a lot easier to carry.) There are mime costumes for adults and mime costumes for kids, so any individual or costumed circus group can add a mime to their ranks. As an added bonus, not only will you avoid having props for the duration of the party, but these costumes are all very comfortable so you won't have to worry about getting super sweaty in a jumpsuit or a costume with multiple layers. 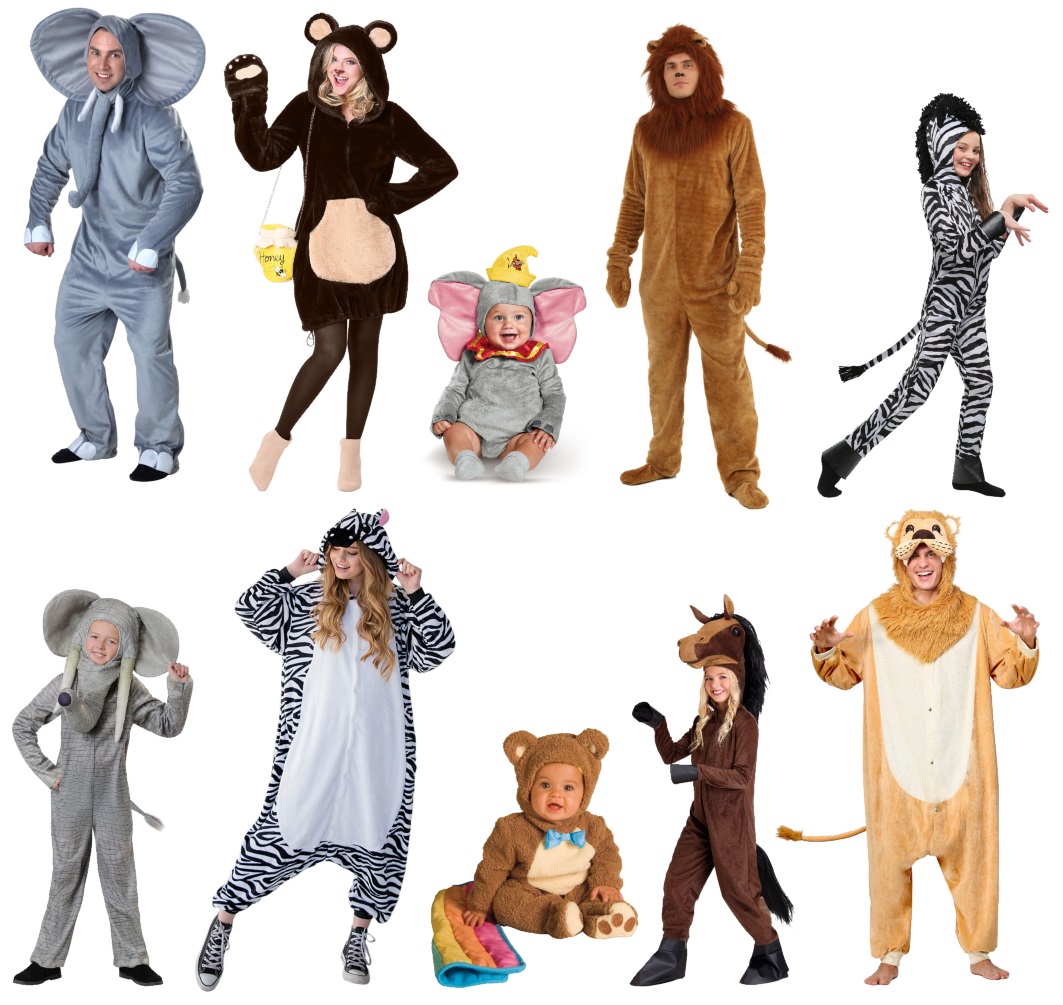 Lions and tigers and bears, oh my! Historically, animals were always a major attraction for a circus. Big cats, horses, elephants, camels, dogs, sea lions and other animals were always some of the more popular choices, so these and other animal costumes will all fit in well with any circus group costume. You can even bring in some Disney magic with a Dumbo costume if your circus groupies are excited about the new live-action Dumbo movie! These costumes will also keep you nice and warm if you're planning on dressing up when it's cold. You're also going to be soft and fuzzy, so you might want to be prepared to give out a few hugs. 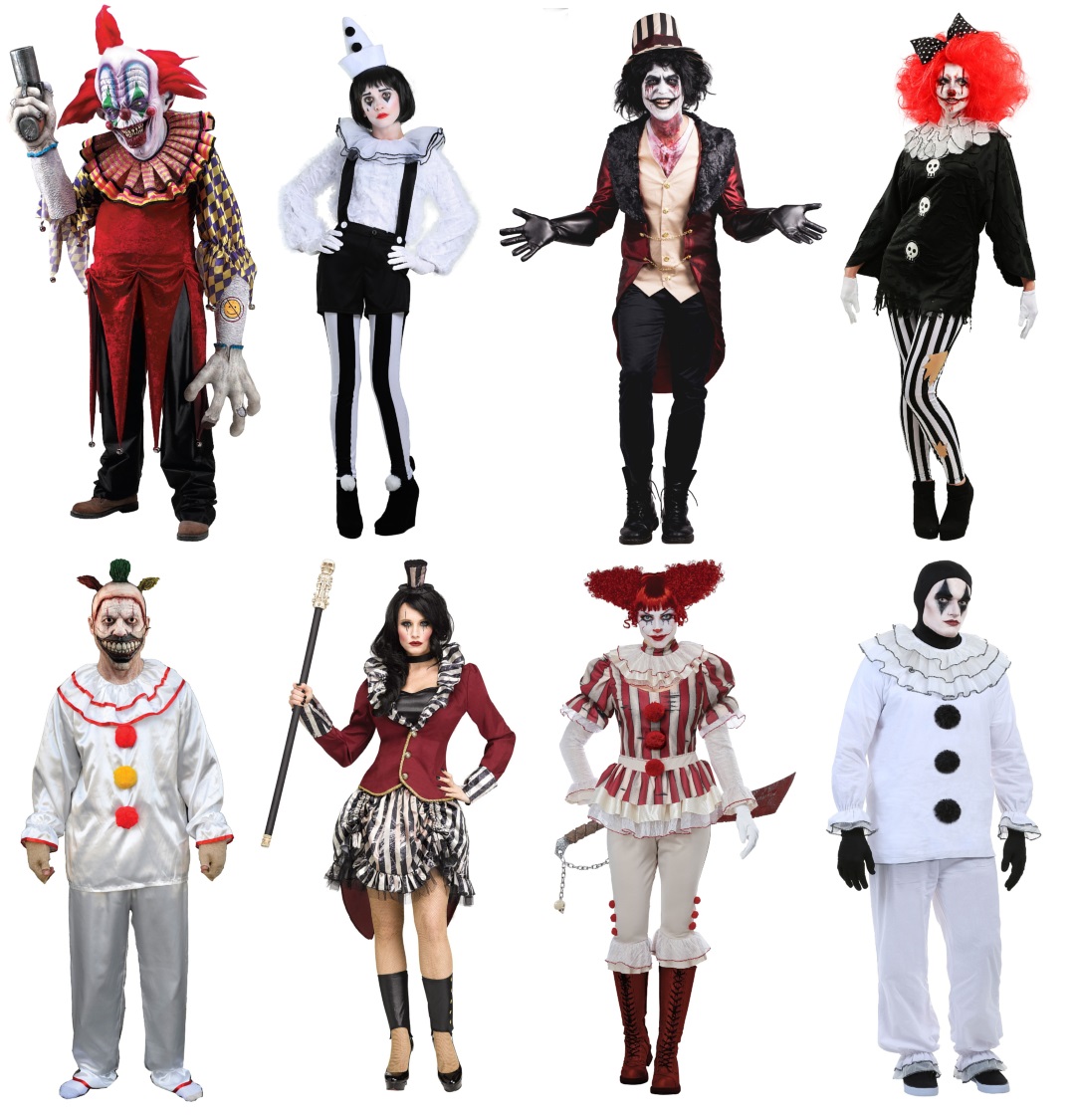 If you're a fan of the macabre circus aesthetic and you want to wear a bunch of creepy circus costumes, we have some scary costumes that are sure to send chills up and down the spines of your fellow partygoers. There are several scary ringmaster costumes and scary clown costumes to choose from, although you might have to DIY other scary circus costumes for a full dark circus costume group. If you're interested in making additional scary circus costumes, check out this zombie tutorial for tips on how to distress a costume and make it a little dirty looking. A lot of the aesthetic comes with the makeup too! (Seriously, you could probably make any clown costume into a scary clown by pairing it with creepy clown makeup.) You can also easily add a bearded lady costume to your freak show group costume. Simply pair a beard with a costume dress such as a flapper costume or a showgirl costume. If you're a guy with a beard then you'll simply need the dress!

Accessories to Pair With Your Circus Costumes 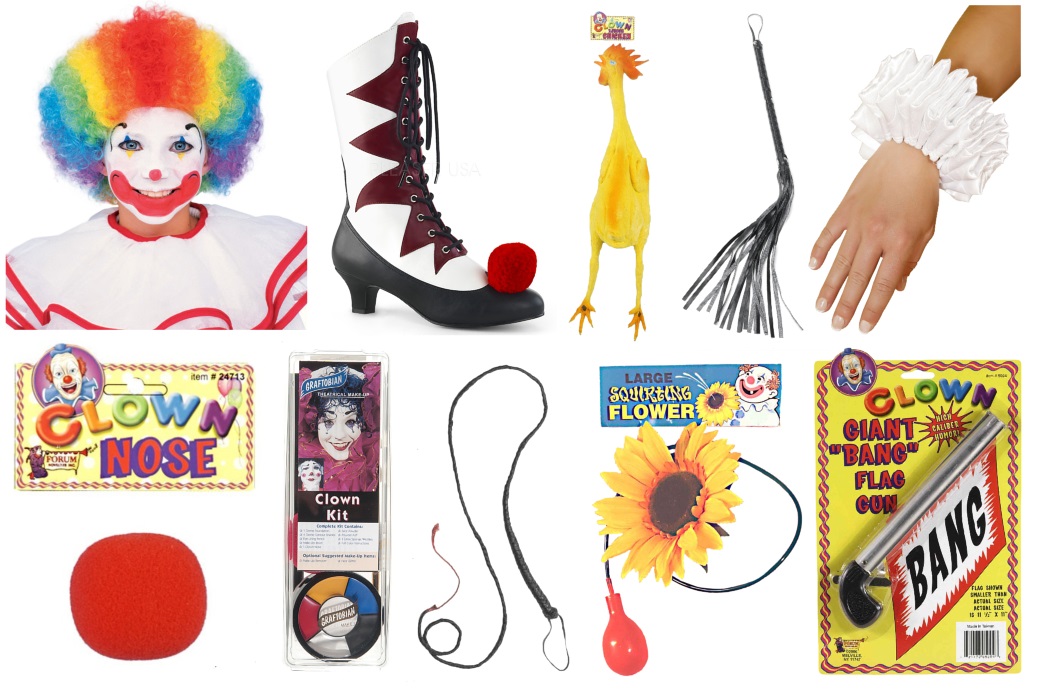 Circus costume groups can benefit from a wide array of accessories. Clown costumes, in particular, have a wide range of accompanying props to help you customize your clown look. Anyone with a ringmaster costume or lion tamer costume will probably want a whip as an accessory as well! Many circus outfits will also benefit from makeup whether you're a clown, a mime or a lion in need of some whiskers.

We hope you have plenty of ideas to get started on your favorite circus costume. What circus character would you like to be? Are you afraid of clowns? Feel free to leave some comments below, and share your circus Halloween costumes with us! Most of all, we encourage you to have fun.