Whip out the Hamantash and start shopping for your costumes because Purim is almost here! Each year, Purim begins on the 14th of Adar (for those in Jerusalem and all ancient walled cities, it begins the 15th of Adar). This year, Purim will begin at sunset on March 20 and end at nightfall March 21. There might be some readers out there who have no idea what Purim is and why it's celebrated. To help you out, Purim is a celebration that stemmed from the Book of Esther and was created to commemorate the victory over those who sought out the Jews' destruction. It also symbolizes a victory against those who spread hatred and violence towards other Jews. For a more thorough explanation of the holiday, feel free to check out another article where we take a deeper dive into Purim and why it's celebrated.

If you've been keeping up with the MCU (Marvel Cinematic Universe) films, then you'd know Avengers: Endgame is premiering in May and will (hopefully) end all questions we had as the Avengers: Infinity War post-credit scene rolled. If you're looking for a badass costume to wear to your party, grab your nearest Infinity Gauntlet and get ready to throw down with our Thanos costume. More of a jokester? Channel your inner Ryan Reynolds with our Deadpool costume. If you find yourself to have more of a theatrical personality and couldn't get enough of Hugh Jackman in The Greatest Showman, then what better costume to go in than our Ringmaster costume? This could also make for a fun family costume if you all dress up in circus-themed costumes. Lastly, the final season of Game of Thrones premieres in April, and we're biting our nails in anticipation of finding out who will live, who will die, and who will ultimately win the Iron Throne. Rep your Stark pride with our Dark Northern King costume.

♪♫♬ Can you imagine that? ♪♫♬ Mary Poppins Returns did a splendid job at dishing up sugary, sweet earworms for us to savor for weeks to follow after seeing the film. Let's be real, all of us walked out of the theater holding pretend umbrellas, wishing we could be Mary Poppins. And guess what? We can make that (almost) happen for you with our Singing Nanny costume. Aquaman just hit theaters last winter and again, let's be real...who wouldn't want to star opposite Jason Momoa as Aquaman? Prove that ladies can kick ass, too, with our gorgeous Mera costume. Another hero that really knows how to put up a good fight is the one and only Captain Marvel. Though the film hasn't come out yet, by the time Purim comes around, it'll have been a couple of weeks since release. If you want to be ahead of the game, pick up this costume, do some research, and be the best Captain Marvel at your upcoming Purim party!

Though Fantastic Beasts: The Crimes of Grindelwald didn't perform as well as the studio had hoped, dedicated fans of the series loved the films and were there to support it. If your kid was included in this fanbase, this would be the perfect costume to put a smile on their face. After what seems like forever, Toy Story 4 has a release date (June 21, 2019) and we're dying to know more about Forky and his background story. Toy Story is a perfect go-to if you're looking for family costume ideas. It's both nostalgic for us older adults, as well as fresh for kids. Spider-Man has really been making his round in the media. From the Spider-Man PS4 game to Avengers: Endgame to Into The Spider-Verse and the upcoming Spider-Man: Far From Home, it's going to be almost impossible for your kid not to see an ad for something Spider-Man related. If your child runs around the house while pretend-shooting webs, get this Iron-Spider costume for them, you'll get lots of brownie points in their book.

Disney just unveiled a new trailer for Frozen 2, so get ready to hear a whole new set of songs on repeat for years to come. If the trailer inspired your child to dress up as Elsa, seems like we came just in time to help you out! Ralph Breaks the Internet hit theaters back in November and not only did Ralph break the internet in the film, but he also broke the internet in real life. From the updated animations of the Disney Princesses to all the pop culture references, audiences around the world were sharing GIFs, memes, and cosplays from the hit film. Vanellope von Schweetz makes for a great girls' costume, especially for those with a little bit of spunk! We still have a bit to go until Descendants 3 premieres on Disney Channel, but Disney thankfully has been keeping us fed and served us Under the Sea: A Descendants Short Story in November. If your child has already learned the choreo, it only makes sense to buy her the costume so she can embody Mel and fight against Ursula's dark and twisted daughter, Uma. Do we even need to explain why Violet from The Incredibles 2 will be a big costume this year? We didn't think so.

What are you most excited for when it comes to Purim? The food? The dressing up? The get-togethers? Let us know down below! We're obviously most excited for dressing up in costume, but secondly, we can't wait for all the Hamantash we're going to stuff ourselves with. Be sure to tag us on Instagram (@funcostumes) during all of your Purim celebrations so we can be there with you. Planning to dress up with your partner, BFF, or group of friends? Be sure to check out our couples costumes as well as our group costumes. Chag Purim Sameach! Freilichin Purim! Purim Allegre! Happy Purim!

Ross Hewett-Smith is the Public Relations Specialist at HalloweenCostumes.com, where he gets coverage on national entertainment media like Good Morning America, Cosmopolitan, and People. He has also been interviewed by a variety of world news outlets.
His past costumes include a genderbent Ariana Grande, a zombie cop, and a Beanie Baby. He enjoys making music and pampering his dog, Miley, while dressing her in dog costumes now and then. You can find him on Twitter and Instagram at @rosswalkersmith. 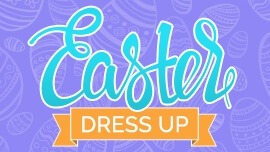 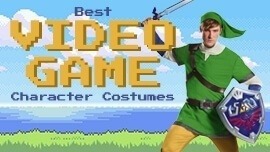 Here are the Best Video Game Character Costumes to Wear 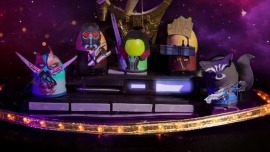 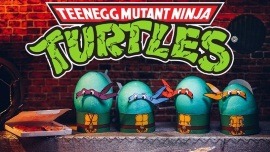 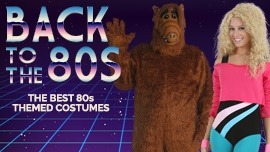