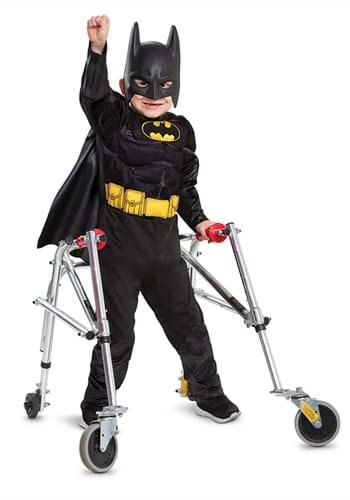 Some say that Batman is the World's Greatest Detective. He's the guy who has all the answers and can solve any puzzle. Of course, if you really look into the secrets of the Batcave, you realize that he's always had some pretty important support along the way. We're not just talking about the tech that helps him get the job done or the fancy gear that has him looking awesome whenever he goes face to face with the baddies of Gotham. We're talking about Oracle!

All the while, Barbara Gordon has been offering up all the intel Batman needs to save the day. After the Joker attacked, Barbara took on the mantle of Oracle and provided Batman with all the field intel he needed in his fight against crime. Of course, Batman had to take up the job on his own eventually. Now, aided by all the skills he got from Oracle, Batman is ready to fight crime, zoom into the scene, and sleuth out the secrets... even from the comfort of the Batmobile!

How does Batman manage all those heroics? Well, it might be in part because of gear like this Adaptive Batman costume for kids. This jumpsuit is padded for a muscular look and fastens with accessible hook and loop strips on the back and the inseam. That means the costume is easily functional for kiddos in wheelchairs, walkers, with leg braces, or those who simply want to wear their comfy street clothes under the superhero gear. The cape attaches to the back of the costume and the molded half-mask grants easy visibility while transforming your kiddo into the ultimate detective.