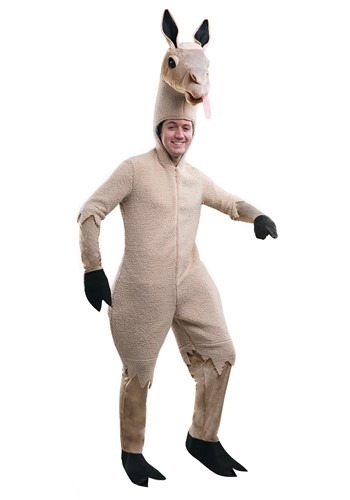 How do you usually respond when you're not getting along with someone? Some people send passive aggressive texts, like saying "cool" without an exclamation point. Ouch cold, right? Or you could purposefully get the wrong coffee order for that coworker that's getting on your nerves. "Hey, you like a lukewarm decaf with soy, right?". That might just be a little confusing. You could consider doing as llamas do and being direct with your feelings, there's really no confusing their reaction to people they don't care for. They simply put back their ears and spit. Nice, right?

Okay, don't get us wrong. We're not recommending spitting at people as a way to deal with conflict. While llamas are very intelligent creatures they simply can't understand interpersonal communication as well as we can. However, anyone who knows llamas knows that they hate passive aggression. In fact, they're so confrontational that they are often used to guard flocks of sheep or goats, taking on any coyotes or fox that dare to tread on their field. They are devoted to their families whether those families are made up of more than one species or is made solely of llamas. They will use anything in their capacity to defend those wooly friends. Wouldn't it be nice to have that kind of gumption?

If you want to channel that confident feeling then you'll love this llama costume. You'll feel an immediate sensation of confidence and llama-like sass when you slip into this zip-up jumpsuit. The hood makes the transformation complete with a tall neck and sculpted face with large eyes and alert ears. You don't even have to hang out in a field with a flock of sheep, this will be a hit with your human friends too! Those timid days are gone, it's time for some llama attitude!