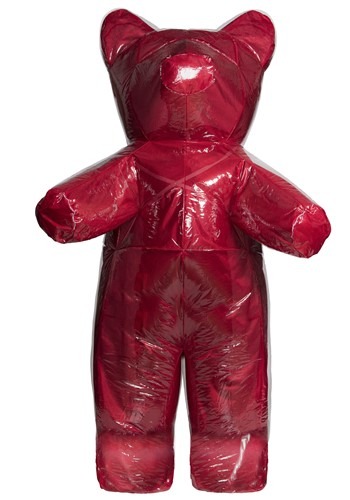 Do you know the Legend of the Gummi Bears? Gummi Bears were once as large as grizzlies. They enjoyed a rich culture of magic, confection, and peace. For centuries they lived undisturbed by humans. Of course, the two species eventually crossed paths. When humans and the Gummis met they were able to continue the peace the Gummis had created, for a while at least. The Gummi Bears had made huge advancements in both magic and technology and the humans grew jealous of their friends. The peace was broken when the humans attacked. Gummi Bears had never faced a threat like the destructive force of an angry mob. They were ill-prepared for the humans’ hunger to consume the colorful bears’ advanced research.

After decades of war and relocating from one small hollow to the next smaller hollow, the Gummi Bears began to lose touch with their magic. Their descendants stopped growing to their original size until they could hide anywhere and blend in with other colorful creatures. It’s a sad tale, for sure, but if you ask us it sounds like an epic origin story for everyone’s favorite gummy treat…

With this Inflatable Gummi Bear Costume, you can bring the grizzly-size of the legendary sweeties to life! This adult-sized jumpsuit looks as appealing as a bowl of the bite-sized snack and is sure to entertain when you waltz into another costume party. Whether you recount the thrilling tale of how Gummi Bears met their final fate or leave their origin shrouded in mystery, this shining jumpsuit is ready to delight!

Everyone’s favorite gummy snack is bigger and better than ever with this Inflatable Gummi Bear Costume! You’ll be ready for a sweet Halloween dressed as a giant gummy. Share a laugh with your friends and maybe a couple of treats (like chocolate or hard candies) as you invent wild stories about the Legend of the Gummi Bears!