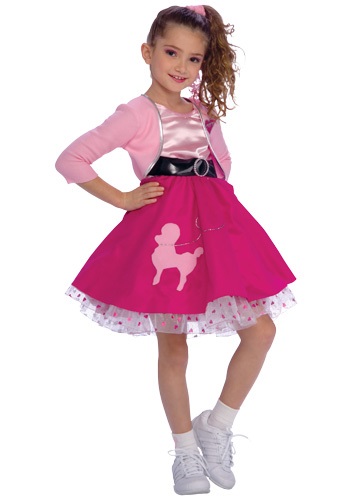 Costume Child White Gloves
$4.99
Add
Product Information
Items Included
Features
Let your little girl take a trip back to a time of milkshakes and hot rods in this pretty pink '50s inspired dress. She'll feel like she's in that era where teens would hang out in soda shops talking about the latest rock and roll records. Then after a milkshake or two these teens would go to the school dance where they would rock around the clock. This is a great costume for your little one to feel like a classic teen in!
Size Chart
Costume Sizing Tips