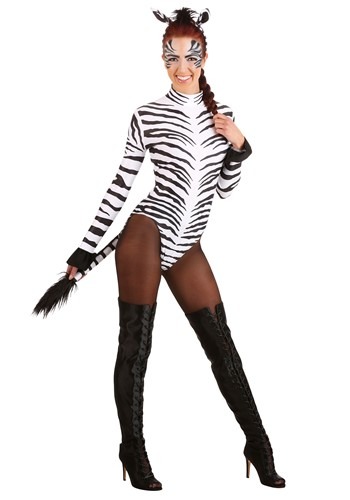 For a century or more, we've been on the hunt to prove whether or not the rare and majestic unicorn truly exists. There have been expeditions into the forests. We've excavated whole regions, trying to find equine fossils with the notable gossamer horn. Once, we even went on a hunt all over Mesopotamia, looking for the abandoned site of the Arc where stories say Noah finally found solid ground... all just to see if there was an animal manifest that noted the presence (or even the accidental overlooking) of a duo of unicorns.

All of that work has given us nothing. That's when most people would give up... but since we love going unexpected directions, we figured the unicorn might, too! That's when we realized it had been looking at us, clear as a savannah sun, black and white obvious! The mythical unicorn had merely evolved into the stunning zebra. It explains why we're all in love with the exotic equine and how such a grand color scheme could form in a creature. "What about the horn?" one might ask. Well, umm... it's invisible... obviously!

Channel the grace and mystique of the most mysterious and beloved of all creatures with this Sleek Zebra costume. This is a Made by Us costume dreamed up by our in-house design team. It features a zebra print leotard that zips up the back and has a tail sewn to the back. The long sleeves end in cuffs that unfold into hooves. Top off your look with the headband that has a pair of zebra ears! (Obviously, the unicorn horn is invisible, but you could certainly grab one of those for an exceptionally magical look.)

Who might have ever known that a creature as majestic as the unicorn hadn't vanished but was truly transformed into our exotic black and white friend? No wonder folks will be so drawn to you in this Sleek Zebra costume!