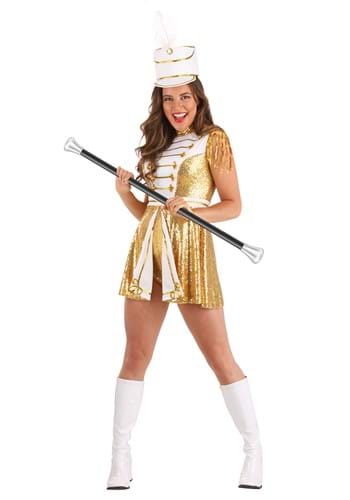 And the Band Played On

Marching bands don't get the glory they deserve. Sure, football players might help bring their team to championship glory with a well-thrown pass or an exciting touchdown run, but they would never have the motivation if the band didn't play the school song and other peppy anthems. Band geeks practice for hours every week to make sure they sound flawless and can perfectly execute complicated choreography on the field during the halftime show. Football players might need to move quickly while covered in protective gear, but have you seen how gracefully that band member can spin around while carrying a 30-pound tuba? Plus, band members often participate in parades that can last for hours, in the super hot sun, while clad head-to-toe in heavy uniforms. Football players just need to run a play and can get swapped out for someone else.

Of course, band players don't risk getting tackled every time they suit up, but they have their own industry injuries: Carpal tunnel syndrome. Sprained ankles. Twisted tongues... the worst of all! We think band players deserve more love, and we're excited to help you show them some with this classic costume!

March into your next costume party in style with this exclusive Womens Golden Marching Band Costume. The bright, shimmery costume is 70 percent sequins, 30 percent polyester and 100 percent guaranteed to catch everyone's attention! The pullover dress has a zipper down the center back for easy wear, and it's covered in sparkly sequins and white rickrack detailing. There are also gold sequined hot pants with an elastic waistband for a comfy fit. To complete this musical ensemble, there's a white foam hat with rickrack details and a feather attached.

Whether you're impersonating a flag girl, a trumpeter or the drum major herself, you'll look spectacular in this outfit!