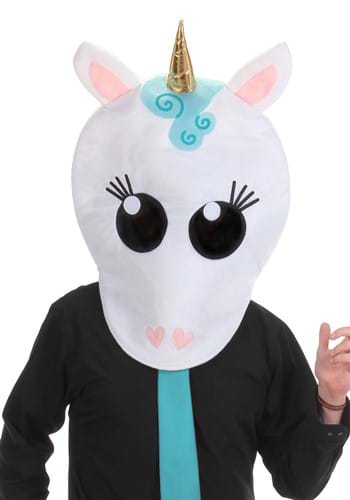 We love all kinds of mythical creatures around here. Many of them are very cool in their own way, like unicorns and dragons. But so many other creatures get their appeal from awesome animal combinations. For example, a lion, a goat, and a snake? Sure, they’re kind of neat. But put them all in the same animal and you’ve got an impressive creature called a chimera, which also breathes fire. There’s also a sphinx, which has the head of a human, the body of a lion, and the wings of a falcon. Although these critters are magnificent, they’ve been around for thousands of years. We think it’s time to invent some new ones!

Get creative with this Unicorn MASKot head. Add any combination of clothing or costumes to make your own new creature. (Even if the creature is “unicorn head on a human body,” we still think that’s a great mix!)