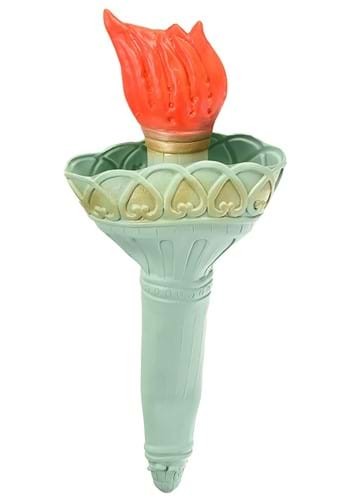 Do you feel the same…Am I only dreaming…Or is this burning an eternal flame?

Yeah, okay…we could talk about life, liberty, the pursuit of happiness, and all the other great and inspiring things this country has been built on, but honestly, we’d much rather talk about the pinnacle late ‘80s ballad by The Bangles. Reminiscent of an old ’60 ditty, it hit the American music charts like a sledgehammer, and topped at #1 worldwide. Suddenly, high school dances moped into mere waiting periods until the DJ finally played this slow jam. Millions of make-outs happened to this song. There’s a solid chance that you or someone you know was even conceived during it!

All of this is to say: When you think of a torch carrying an eternal flame, some of us think of the Statue of Liberty Torch, and some of us think of Susanna Hoffs, swooning on a beach somewhere. To each his own! (after all, isn’t that what this country is all about, anyway?). So if you're part of the former, we highly recommend getting yourself this Statue of Liberty Torch, which you can carry around with you at costume parties or even just on the 4th of July. For the rest of us, c'mon...we've still got our original Bangles tape and a working boombox!