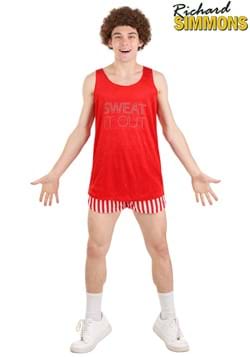 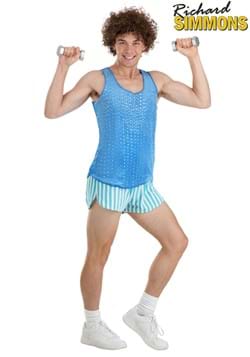 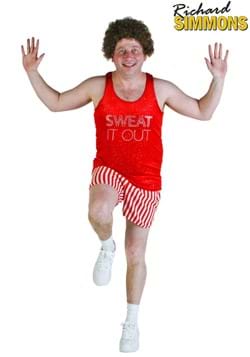 In the '80s Richard Simmons was a star who wanted to inspire people to love themselves. He taught a generation of people that no matter how dire your weight loss journey might be, there was still hope. They just needed to take their transformation one day at a time! Whether you were sweating to the oldies way back when or have just rediscovered Richard Simmon's goofy, smiling exercise videos, there's no denying this guy has charm!

Of course, Richard Simmons was far from the first to sweat on screen. The '80s was a decade full of how-to videos for washboard abs and rock hard rears. But Richard was the only exercise video instructor that didn't look like he came down from Mount Olympus covered in olive oil. No, he was a real guy that had gone through his own weight loss product and he believed in every person he met as he danced his way across the world!

Now you can spread the same kind of positivity when you dress up in a Richard Simmons costume! It's a great excuse to get on the dance floor and pull out all sorts of people to join you once you're there. After all, who's going to feel embarrassed about getting into the groove with Simmons?

The Men's 80s workout costume is always going to be fun because it's easy to ham it up! If the party gets a little awkward, then just start doing lunges around the room. If people don't join you, at least they'll be laughing! A Richard Simmons Halloween costume has even more appeal because then you don't have to don latex tight spandex. Simmons' striped shorts and tank top is instantly recognizable. It can be topped off with accessories such as a microphone headset for fitness shows, the workout star video kit which includes a couple of dumbbells, and a wide afro hairstyle to capture the Simmon's curl.

Richard Simmons workouts were unique in their time and there's still nothing like them! With videos like "Dance You Pants Off" and "Sweating to the Oldies" his videos feel like a little party in your living room. The dancers in his background weren't wearing intimidating, high-cut leotards and leggings showing off their perfect bodies. No, they were normal people in normal street clothes who were just getting into the music! If you've decided to rock a Richard Simmons costume this Halloween, you've got to watch and dance to a few of these videos. It's an experience you won't soon forget!

Ready to make a decision for the Halloween festivities? It's going to be such a good time that you won't want to give up the Simmons energy after only one night. Good thing too, because there are going to be more reasons to break it out! Great for '80s and '90s themed parties as well as events such as charity 5ks and even promoting your local fitness centers in a city-wide parade, you're sure to find all sorts of excuses to break out your Richard Simmons outfits for years to come. Hey, you could even just throw it on to do an at-home workout if you're so inclined!