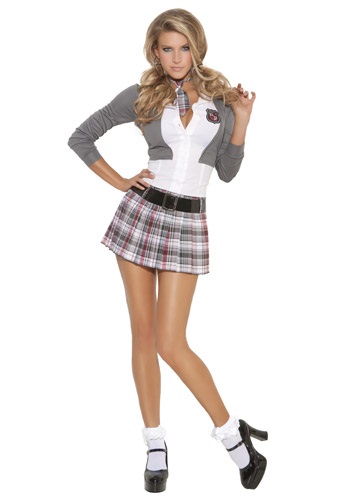 Now look, nobody wants to end up in detention. If you have a choice between giving up your after school free time to sit in a stuffy little room with a bunch of other troublemakers and a bored teacher, all of whom would rather be just about anywhere else in the world, and not doing that, you’d have to be more than a little bit off to opt for the former. But hey, things happen. Sooner or later, somebody’s going to catch you in the wrong place at the wrong time, and you’re going to get sent to detention, and there’s not much you can do about that. (Well, we suppose you could try staying on your best behavior, but we all know that’s not a realistic proposal.)

The key here is to take that bag full of detention hall lemons and make them into lemonade. If you’re going to wind up in detention anyway, you may as well lean into it. Get down with your bad self. Take pride in your transgressions. Don’t just walk into the detention room, swagger. Let the other kids know that this isn’t any kind of punishment for you, this is just another day on the job. Be the boss of after school busy work, the leader of the breakfast club, the Queen of Detention.

And of course every queen needs her royal garments. You’ll look right in place copying down sentences and clapping erasers in this polyester ensemble, featuring a dress styled to look like a taffeta plaid skirt, white blouse, and short gray jacket. Add in extra elements of reform school swag like a school crest near the collar, a faux leather belt, and a Hook and Loop fastener-attached neck tie, and you’ve got yourself a costume that will strike fear in the heart of any detention hall monitor.