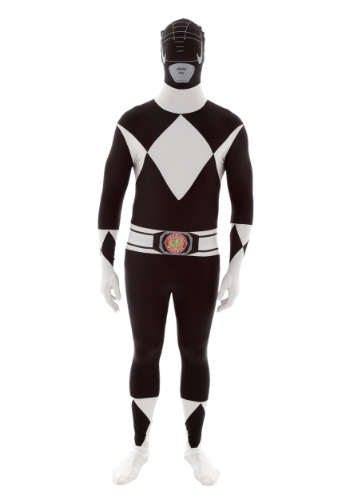 Back off fang face!

Do you remember being a kid, and watching all those silly television shows. Shows like Captain Planet and the Planeteers, and the Animaniacs. But you also remember awesome shows like Batman: The Animated Series, the Biker Mice from Mars, and of course you remember watching Doug.

But the best shows were always the Mighty Morphin Power Rangers. The Mighty Morphin Power Rangers to be specific. The whole cast was just awesome. You would watch the show then try to do the flying kicks they did, and you would get into your morphin stance, and yell "it's morphin time," or the more memorable, "I'm morphin out of here, Mastadon!" Because, let's be honest Zack Taylor was everyone's favorite.

This year, remember what it was like to be a kid. Put on this Power Ranger Bodysuit, and get ready to fight off Rita Repulsa, and all of her minions. We know that if you could have found a costume for Throttle from the Biker Mice from Mars you would have considered being him instead, but Zack Taylor as the Black Ranger is pretty awesome. And now you get yell things like "I'm morphin out of here!" and jump around trying to do flying kicks just like your mom told you to stop doing all those years ago. Because you are an adult now, and you get to decide what that means. (It means you can be a Might Morphin Power Ranger!)