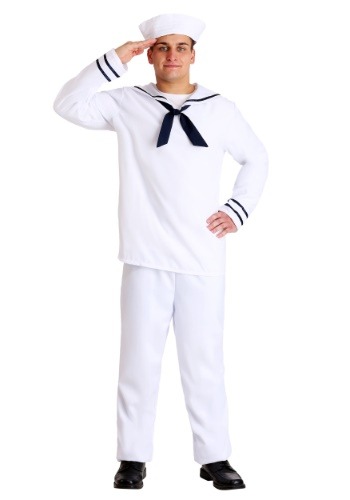 There aren’t many occupations where wearing a uniform of the brightest white is recommendable. Even in relatively low-impact office jobs, there’s plenty of potential for dirtying up your work clothes. Ask any office jockey who’s sloshed some coffee during the morning commute and then spent the day awkwardly trying to cover up the brown splotches on a pale blue shirt. When it comes to jobs involving a lot of manual labor, the stakes are raised even higher. It’s a messy world out there, and keeping your clothes from reflecting that is a tall order.

That makes it all the more remarkable that the classic sailor suit is such a spotless ensemble. Maintaining the ins and outs of a seagoing vessel is far from the world’s tidiest task, especially if guzzling spinach straight out of the can is as regular a sailor’s practice as the cartoons would have us believe. On the other hand, keeping a white suit clean is an excellent exercise in self-discipline, and when you’re far away at sea and you’ve left the nearest laundromat hundreds of miles behind, there’s something to be said for an outfit that can be cleaned with an ample helping of bleach.

Fortunately, you probably won’t be wearing this sailor costume while tying shank knots out on the bounding main. That takes off some of the pressure and lets you enjoy looking sharp as a tack in this polyester poplin ensemble. The long-sleeved pullover shirt features navy blue ribbon at the collar and sleeves, a sewn-in necktie, and the all-important sailor’s cap, which just begs to be worn at a jaunty angle. If only it was this easy to look so clean and tidy around the office.