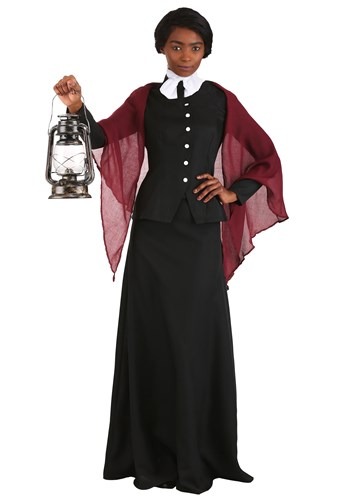 Heroes come in all shapes and sizes. There’s Superman, who can jump higher than a building and shoot lasers out of his eyes (sometimes… the power sort of comes and goes). There’s Spiderman, who can do some pretty amazing backflips and climb up walls without breaking a nail. There’s Wonder Woman, who wields the Lasso of Truth and, more impressively, never loses her invisible jet.

Those heroes are all pretty great, but there’s someone who’s even more heroic. And she really lived, unlike the rest of these comic characters. We’re talking about… Harriet Tubman!

Everyone knows the name of Harriet Tubman. This brave African American woman escaped slavery and made 13 missions back into the South to rescue 70 people through the Underground Railroad. But did you know that during the American Civil War, Harriet also served as a nurse, an armed scout and a spy for the Union Army? She was the first woman to lead an armed expedition in the war, and guided the raid at Combahee Ferry that liberated more than 700 enslaved people. She also was an activist for women’s suffrage in her later years. Basically, this woman is a real-life superhero!

Next time you want to dress up like a true superhero, this exclusive Women's Plus Size Harriet Tubman Costume is exactly what you need. The outfit is 100 percent polyester, with a black woven shirt and black skirt. The shirt has white buttons down the center front, along with a maroon light weight woven fabric shawl that drapes over your shoulders. There’s also a white chiffon necktie that fastens in the back with a hook-and-loop fastener. Meanwhile, the floor-length skirt has an elastic waistband for comfy wear.

Harriet to the rescue!

We think that no one deserves more recognition and honor than Harriet Tubman, so we’re not surprised that you want to dress up like her for your next costume party. Or maybe you have a historical play or reenactment that is in dire need of a real-life superhero. Whatever your reason, all you need is this costume to bring a true human rights hero to life!