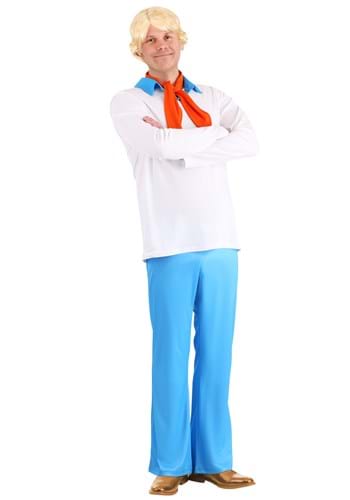 First, we should explore the lighthouse and look for clues. Everyone, split up and get as much distance between you as possible. That way, you won't distract us with your terrified screams as a ghost chases you through the halls. It can be really hard to find clues when someone's screaming in the background.

Once we gather enough clues, we should create an impossibly detailed, impractical and unreliable trap to catch the ghost. The more ways that it can go wrong, the better. We'll use Shaggy and Scooby as bait, even though they're known scaredy-cats and bail at the first sign of anything scary, like the glowing ghost we're trying to catch. That will inevitably trip the trap early and cause an ever-spiraling snowball of chaos, usually with someone else from the gang stuck inside the trap. But it will all somehow work out in the end, and we'll surely catch that ghost! It happens every time, thanks to our fearless leader, Fred!

Take charge of your gang of teenage sleuths with this Classic Scooby Doo Plus Size Fred Costume. The costume looks just like what Fred always wears while hunting down clues with Daphne, Velma, Shaggy and Scooby. There's a groovy white long sleeved shirt, which has a blue collar, along with funky matching blue pants. Of course, none of Fred's outfits are complete without his trusty orange ascot, and this costume comes with one, too! You have to look stylish when you unmask that ghost!

The trap worked! Even though the popcorn machine started early and flooded the entire room, and the ironing board snapped shut too late to flip the switch in time, and Velma got trapped in the diver's cage we intended the snag the ghost in, somehow we've got the glowing ghoul trapped anyway. Another plan flawlessly executed, courtesy of Fred Jones!