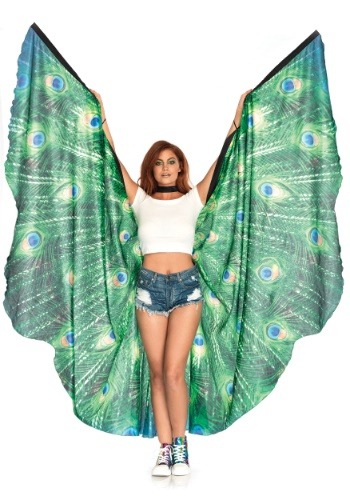 Have you ever wondered who rules the animal kingdom? There's been talk about lions reigning as king of the jungle but if you think about it the sleep for most of the day and skulk around looking for an easy meal the rest of the 24 hours. They don't maintain the dignity that it would take to be the figurehead of the animal world. There are other outliers like king cobra and Captain Kangaroo, no one is as dignified and recognizable as the peacock.

The peacock stands for nobility, refinement, even glory in many cultures throughout the world. They saw the peacock as so noble that they carved peacocks into thrones of royalty in Babylonia. The peacock's iconic pattern is interpreted as all-seeing eyes in many cultures. That ability to see everything is a pretty important aspect of ruling the animal kingdom. There's a reason our teachers used to claim that they had eyes in the back of their heads. In Greek and Roman mythology they said the pattern on the peacocks tail represented the eye of the stars, how's that for power? We think it's pretty obvious who would call the shots in the animal kingdom.

When you dress up as this iconic bird your costume will not only be beautiful, it will represent all the aspects people see in peacocks. As you spread your arms to show the gorgeous peacock pattern, people will see nobility, love, and refinement. These wings may not give you all seeing vision but whether you're in a parade, at a music festival, or taking your Halloween costume up a notch, you can be sure all eyes will be on you.