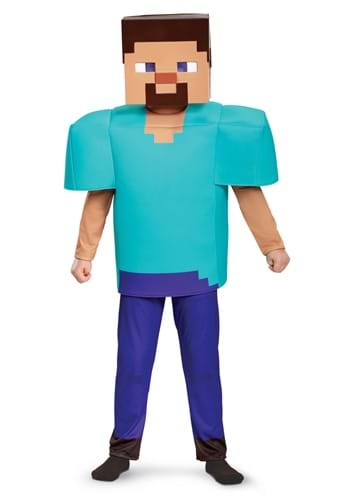 Is your kid a Minecraft enthusiast? You know that your kid is pretty good at anything he tries much like the powerful Steve. You were impressed at those building abilities when you got him those Legos, there wasn't much time at all between opening the box and that impressive Lego cabin that was complete with roof and bumpy, flat, green lawn. So, once you guys took that transition from actual building blocks to virtual housing you were sure that your kid would be on top of the virtual world in no time.

Of course, there were some hiccups along the way! How were you guys supposed to know that those creepers would be such a problem? Just when you guys figured out that you could get lumber for your cabin by punching trees those little guys started doing what they do, creeping up on you. That was strange enough but then they started making that weird hissing noise and then it was all over, at least for that round. Thank goodness for Steve. Who else do you know that can build a cabin in such a short time? Wait, forget the cabin, Steve can build castles and skyscrapers as long as you're providing him with enough materials.

With all these skills it's no wonder why your kid wants to become Steve for Halloween. He'll look just as powerful as the pixelated master builder as he trick-or-treats in the blue foam shirt with oversized, square shoulders. While we would strictly discourage punching down trees for lumber people might assume that your kid can when the see the instantly recognizable Steve walking the streets. Who knows, maybe he'll even get hired for a construction gig!