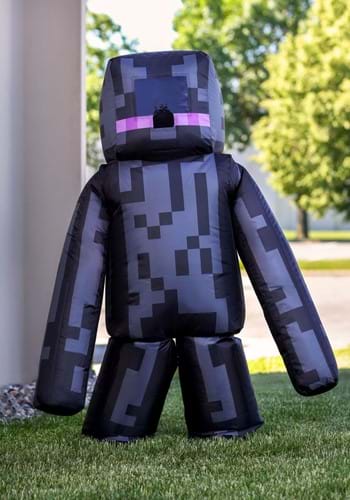 From October first to Halloween night, the Crafty Costumes Skin Pack is available for free with purchase of a Minecraft item. With creepy costumes like the Mummy Maria and Swamp Monster Samir, you’ll have all the dress up options you would need for the spookiest day of the year! (Only valid on purchases directly from HalloweenCostumes.com.)

Download Instructions
1. Go to https://www.minecraft.net/redeem.
2. Input your 25-digit code in the “Enter Code” box.
3. Sign in with the Microsoft Account in which you would like to use the item.
4. Follow the instructions and download the item.
5. Go to My games and apps, or My library on your device you play Minecraft on, to download the item.
6. Enjoy your item in Minecraft

Don’t Look It in the Eyes!

Congratulations! You’ve survived most of the Minecraft world’s mobs. The Spiders were disgustingly large, but six legs are no match for a blaster. Zombies were too slow to escape your sword. Skeletons and Creepers were a little trickier but didn’t interrupt your building process too much. As for the Drowned, the Witch, and the Slime, well, let’s just say that they won’t be trying to attack again for a while.

All is well on your mine site until you hear an odd screeching noise. Purple particles fly through the air. You turn and there it is! A dark shape looms, moving your mining materials willy-nilly. This won’t do at all! You stare at it fiercely, hoping to intimidate it into backing down. Unfortunately, that’s the one thing the Enderman hates the most. You’ve just given it permission to strike!

You’ll be the scariest Mob being of all in your officially licensed Minecraft Child’s Inflatable Enderman Costume! The 100 percent polyester windbreaker fabric inflates via a fan mounted behind the right hip. Four AA batteries, not included, power this Mob’s attack abilities. The costume’s hood encloses the head, with purple vinyl viewports allowing you to see where you’re teleporting yourself. Although puffy and soft-looking, your amiable appearance is misleading. This Enderman is just as dangerous as any Creeper!

Although hostile when provoked, this Enderman is perfectly happy being left to its own devices. These primarily involve the quest for candy! This costume is fantastic for teleporting from door to door on Halloween night. Better yet, get a bunch of friends together and form a haunting!