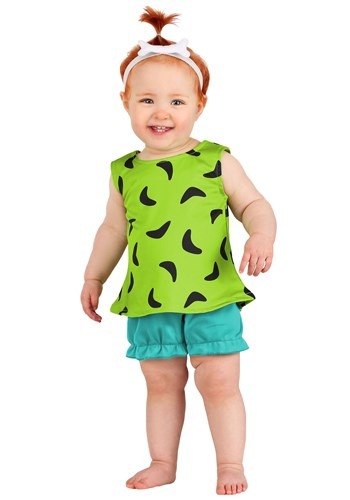 If you think being a baby is hard, just think about how difficult it was back in prehistoric times! Pebbles Flintstone had so much more to worry about than just losing her pacifier or crying for a bottle of milk when she was hungry. Ever since Pebbles was born at Bedrock’s Rockapedic Hospital, she had to learn how to navigate the scary world of prehistoric nursery time. Teething is a lot tougher when your pacifier is made out of a rock, and there weren’t many fun toys like babies have now. Instead, Pebbles had to come up with her own fun, usually with best friend Bamm-Bamm, but they always had to be careful not to crawl into a tar pit or accidentally disturb a nest full of Pterodactyls!

Those difficulties are at least kind of similar to modern babies’ growing pains, but there was also so much more that Pebbles had to deal with since she lived ten million years ago! There were rampaging dinosaurs to worry about, and crashing meteorites, and the looming Ice Age. Well, yes, that wasn’t going to happen for another few million years, but it’s always best to be prepared!

Prepare your little cave baby for anything with this Infant Classic Flintstones Pebbles Costume. The exclusive costume looks just like what Pebbles always wore in the classic cartoon show! It’s a polyester/spandex blend and includes a top, pants and headband. The top is green with a black dinosaur pattern, while the bottoms are a cute turquoise blue. There’s also Pebbles’s famous bone headband, which is really a fiberfill-stuffed white felt bone in this case, since it’s kind of hard to find real dinosaur bones outside of a museum these days.

With this Pebbles costume, your kid will be ready to rock any costume party in any era, from the Stone Age to today!