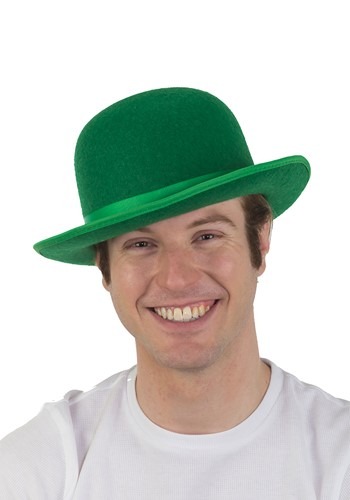 Have you ever wondered where a Leprechaun keeps their magic? Probably doesn’t seem like something that needs to be given any attention, but we’ve been doing a lot of pondering on the matter. We considered their bright red beards. The color doesn’t seem natural so the magic could stem from their fiery red glows. We were wrong so we did some research on their belts and boots. We investigated whether they had been rumored to use pixie dust or anything similar. Even their vanishing golden coins and relation to rainbows didn’t prove to be their source of magic.

We sent an open invitation that welcomed Leprechauns to our office, guaranteeing we weren’t after their gold. Luckily, one young Leprechaun showed up. When we asked our question, they simply tipped their hat and, with a pop, disappeared. We’re not sure if that was an answer or just a sneaky way to avoid answering us. Either way, we’ve decided that a Leprechauns’ hat must be where they get their magic which means a hat is the most important part of their existence.

Make sure you have your own magic Green Derby Hat the next time you venture out for a little Leprechaun mischief of your own. This felt hat is just the thing to convince other Leprechauns that you’re on the same level as them, though taller. With an elastic band inside the 24” circumference of your magic hat, it will fit comfortably and stay in place even when you dance a jig.

Whether you’re looking for a little magic of your own or accessorizing your Halloween costume, this Green Derby Hat can cap your look. From Leprechaun to supervillain, this eye-catching bowler is the perfect accessory for enjoying some well-intentioned shenanigans.