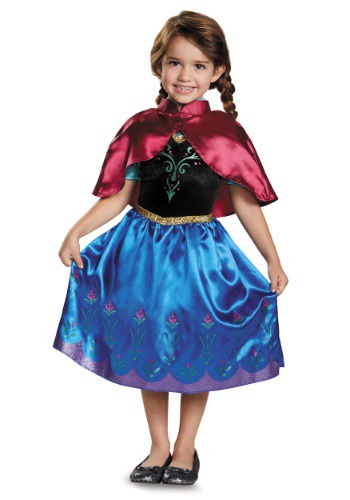 I mean it's crazy...we finish each other's…

Anna from Frozen is Elsa’s optimistic, slightly awkward, but wholly devoted friend and sister. It must have been tough for Anna, being only the second in line to become crowned queen. We would love to be a queen. The first thing we would do once we were in power is pass a lot of pro-queen legislation. Laws like “free back rubs for the queen” and “everyone has to do what the queen says” would soon rule over the land. Maybe it’s best for everyone else that we’re not royalty, though.

We understand that Anna was upset by her sister’s sudden disappearance, but anyone who grew up in Norway should have known that trekking into the woods wearing nothing but a party dress would be a recipe for disaster. Fortunately, Anna found a store (complete with sauna) where she could pick up something a little more appropriate to wear while charging around an icy Scandinavian wilderness. Just as well, because Elsa’s crazy ice palace wouldn’t have warmed Anna up very much by the time she found it.

This costume is everything your little princess needs for an Arctic adventure. The dress and cape are loyal copies of Anna’s winter outfit from the movie. All she’ll need is our Anna wig, unless you really have a lot of patience and want to dye a white streak in your girl’s hair yourself. If you do that, don’t let her hold the hair dye, because it’s going to ruin the carpet should anyone happen to…let it go.