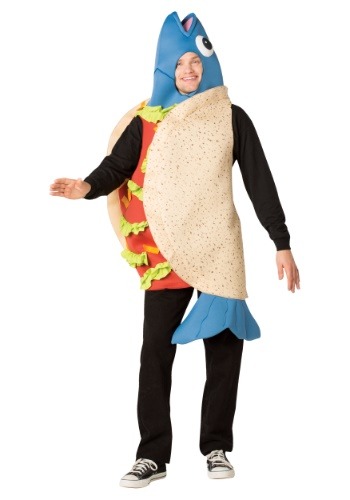 Taco of the Sea

Are you aware of the great taco revolution that's taking the nation, nay, the world by storm? Yes, the passion for tacos is enrapturing the whole world. People not only riot for the tortilla framed treat on Tuesdays but every other day of the week as well. Most likely because there are a hundred ways to stuff a taco. There are the traditional beef and chicken but the favorites don't stop there. People are sneaking in cauliflower doused with cumin and chili. There are kimchi tacos and crispy chicharron, you could even start your day off right with an egg, bean, and cheese breakfast taco. But we digress, we really shouldn't describe food costumes around lunchtime. The most divisive taco out there is the fish taco, without a doubt. While some people are unable to overcome their hatred of seafood, others argue about what it should be topped with or which fish should be used between the shell. One thing is for sure when you're representing the fish taco, you're sure to spark passionate conversation from Tex-Mex lovers everywhere.

There's no question of what kind of taco you're representing. This taco has a blue fish head and tail sticking out of the shell and while we took this opportunity to look at pictures of tacos for half an hour, we've still never seen anything like it! People are sure to get the point when they see your tasty looking tunic. It has a tantalizing red and green panel as well as a blue fishhead hood.

No Such Thing as Too Many Tacos

When you're wearing this costume you have almost as many options as an empty yet finely toasted corn tortilla has for fillings. Pair up with other food costumes like a chili pepper or an appropriately paired beverage. Or go as a six pack and a pound when you go trick-or-treating as a family. Everyone can be a taco. After all, you know what we say around eleven-thirty every morning in the office! There's no such thing as too many tacos.