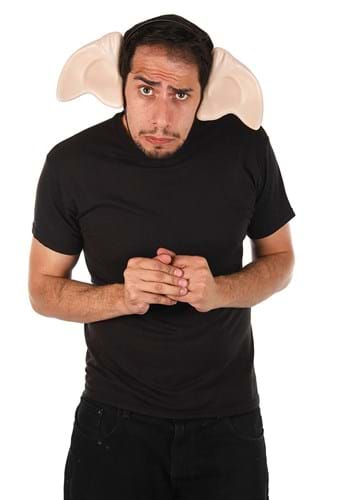 Is That You, Harry Potter?

The Wizarding World is full of lovable characters. There's the trio of young heroes, of course, but plenty of supporting characters get their time in the spotlight. There's the supportive, motherly, and fierce Mrs. Weasley, and the stern but compassionate Professor McGonagall. Even less likable characters, like Argus Filch, are described in such detail that, when you reread the books, they feel like old friends. One of the franchise's most beloved sidekicks is Dobby, a house-elf who is somehow both brave and fearful. Watching Dobby gain confidence and companionship is one of the great side plots of the series. Celebrate our favorite house-elf by dressing up with a pair of Dobby Ears!

Dobby is known for his tennis ball-like green eyes, ragged pillowcase (at least at first), and large, flappy ears. These ears are designed to look just like the ears in the movies. They sit on the ends of a thin, simple headband, and they can be moved up or down the band so that they perfectly cover your human ears. So, will you dress up as the poor, Malfoy-owned version of Dobby? Or will you throw on three pairs of socks and a tea cozy as a free Dobby?