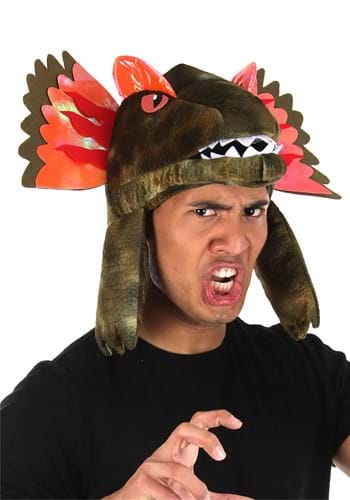 Watch Out He Spits

Our design team went to the latest dinosaur conference in Tallahassee. It was... not what we were expecting. When we signed up for Dinocon we imagined folks in polos and khakis giving talks on the latest excavation. We expected museum representatives, paleontologists, and science teachers. We didn't expect everyone to be dressed as their favorite dinosaur! There were booths for the diplodocus, the stegosaurus, and every paleolithic era. We wanted to get some T-Rex swag but the line for that booth was too long. The conference was much more fun than we thought it would be. We tried Jell-O in dinosaur egg forms, lava cakes, and asteroid cookies (we thought that was a little insensitive).

The only hitch? Even though plenty of people listed the dino as their favorite animal, we didn't find a Dilophosaurus in the crowd -- not one! Most people said that they couldn't get its tell-tale hood right and the double crest on its head was tricky to create with crepe paper as well. As we headed back home, we promised those folks that we'd make a Dilophosaurus costume that would make them proud. If there's one thing this lizard deserves, it's a place at the Tallahassee Dinocon!

Whether you're heading to Dinocon or you're simply looking for a show-stopping costume party look, you'll love this Dilophosaurus Sprazy Toy Hat. The lining has a hidden pocket for your cash and ID, and even better: you can squeeze a bulb inside to spray water up to 25 feet! Yeah, we went there!