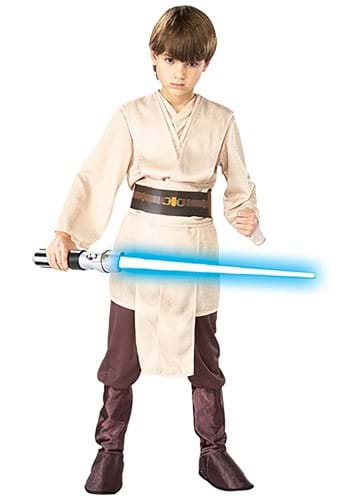 Maverick. At one point in time, the word would conjure up memories of a television show featuring a loveable family of gamblers. In today's political climate, it gets tossed around a lot more. Sometimes it is meant as a compliment; sometimes it's not. John McCain used it to describe both himself and vice presidential candidate, Sarah Palin, as independent-minded politicians during the 2008 election. Accurate or not, he didn't coin the term. The first political 'maverick' was a Texas politician from the mid 1800s, Samuel Augustus Maverick. For whatever reason, he refused to brand his cattle, which got his neighbors quite upset when the herds co-mingled. From then on, all cattle without brand markings were called 'mavericks'.

Another maverick of an intergalactic sort was Qui Gon Jinn. He didn't kowtow to Jedi High Council rules. In fact, Qui-Gon could have been a Grand Master with a seat on the Council himself, but he followed his own path. He learned the ways of the Force and explored the possibilities of using the Force after death to manifest oneself. To say the Council wasn't too keen on that is an understatement.

If you want to channel your inner maverick, this Qui Gon Jinn outfit is for you. The cream tunic and brown pants are perfect for Jedi rebels and Texas land barons alike.