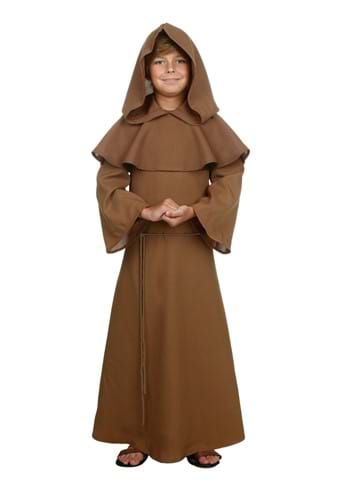 Look, we’re not one for judging other people’s life choices, but we have to be straight with you…there’s a difference between wanting to be a good kid and being a monk, alright? Even Friar Tuck from Robin Hood got his kicks in before he donned the robe and tassels (and okay, he got some kicks while he was in that robe and tassels…he was a monk, not dead!).

We get the fascination with the ceremony of it all, and we’re sure that, as parents, you really appreciate your kid practicing a vow of silence, but we just want to add a word of caution and say that, hey…maybe he wants to get that robe a little dirty every once in a while, yeah? Maybe get into some pranks or jokes or even some petty thieving (after all, who’s going to suspect a kid dressed up as monk?). We’re not saying that he shouldn’t think about committing his life to one of service and piety, we just think that doing it at the age of 6 is a little young. And we’re also pretty sure that you can’t even do that, officially.

But if your little kid is still intent on living it up at the Monastery - hot tip, pick the one that makes those super dope chanting CDs! - then we highly recommend this Child Brown Monk Robe. With its flared sleeves, oversized hood, and authentic-looking cord belt, your little angel will get plenty of practice looking and feeling just like a member of a cloistered religious order (seriously, though, tell him to join the one that does all the cool chanting.)