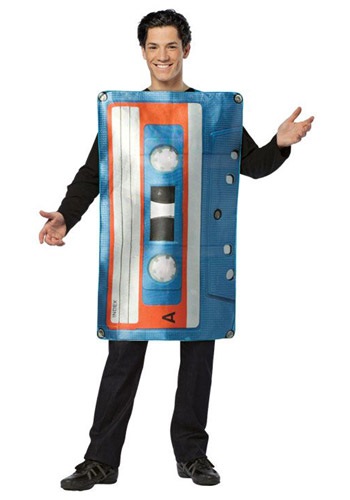 Barry: OK, buddy, uh, I was just tryin' to cheer us up so go ahead. Put on some old sad bastard music, see if I care. Rob: I don't wanna hear old sad bastard music, Barry, I just want something I can ignore. Barry: Here's the thing. I made that tape special for today. My special Monday morning tape for *you*…special! Rob: Well, it’s &^!* Monday afternoon! You should get out of bed earlier! - Rob and Barry in High Fidelity

When it comes to one of the best movies ever made about the love of music, the 2000 film High Fidelity is it. Based on the novel by Nick Hornby, the movie starred such notables as John Cusack, Tim Robbins, Joan Cusack, Lisa Bonet, and then-relatively-unknowns Catherine Zeta-Jones and Jack Black.

It burrowed its way into the heart of music geeks everywhere, and one of the most memorable parts in the movie is when John Cusack’s character Rob explains - twice - the difficulty of making a great mix tape (but for brevity, we’ll combine both explanations into one succinct one): “The making of a good compilation tape is a very subtle art. Many do’s and don’ts. First of all, you’re using someone else’s poetry to express how you feel. This is a delicate thing… You gotta kick off with a killer, to grab attention. Then you got to take it up a notch, but you don't wanna blow your wad, so then you got to cool it off a notch. There are a lot of rules.”

What we trying to say is: If you geeked out on this stuff as much as we did - or if you just wished that you lived in a time when mixed tapes were actually a thing (man, it was an awesome time to be alive), then this Adult Cassette Tape Costume is going to be one of the Top 5 costumes you’ve ever worn to a party! Not only will you be a nostalgic hit with everyone who remembers what you were, but you’ll also be blowing the minds of everyone who doesn’t realize that, a long time ago, we had to record all of our music on a tiny ribbon threaded through two pieces of plastic. So get out there and be that special Halloween tape, made just for them…special!