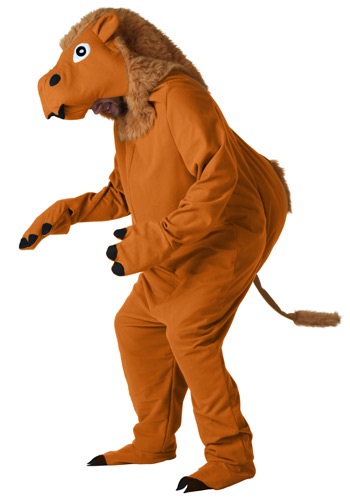 The world is filled with some rather odd animals. Some of them are really odd. So long as you don’t dive too deep into the ocean, most of them aren’t the stuff of awful nightmares. (Seriously, don’t Google ‘Real Life Deep Sea Creatures.’ Just… don’t.)

Now that you’re back from searching up those terrifying monster animals that we warned you not to look at, let’s talk about a few oddities that will leave you curious instead of fear-fueled. First, of course, there is the living chimera… the platypus. Made up of a duck, beaver, guinea pig, and poisonous dragon, the furry thing lays eggs and poisons its enemies while hoarding treasure. Rumors are it can fly, too, but chooses not to lest it makes all the other animals jealous. Come to think of it, the platypus is pretty nightmarish, too. Instead, let’s talk about the camel. Like a desert Santa Claus put on backwards, it has a delightful hump of fat on its back and tough two-toed hooves. (You didn’t know Santa had hooves!?) They’re like horses in a lot of ways, except for the ones in which they aren’t at all like horses. Don’t tell that to them, though, or they’ll spit at you with an accuracy that impresses even the platypus… and that’s saying something!

The most surprising camel fact of all, though, is that the camel is secretly a human in a really convincing disguise. This year, with this Adult Camel costume, you can surprise all your friends when they see a real life camel stride right up to them and ask where the punch bowl is. Made of polyester brushed knit flannel and accented with faux fur and felt, you’ll hop into a comfy brownish tan jumpsuit with a sewn-on tail and furry hump. The hood can be stuffed for a shapely camel head and don’t forget your black felt hooves on your mitts and shoe covers! How else will you walk your way through the sand (or more probably carpet and asphalt). Impress your friends with the astounding array of fauna in the world… but don’t spit at them!