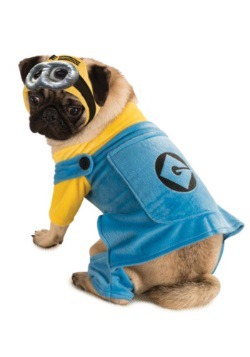 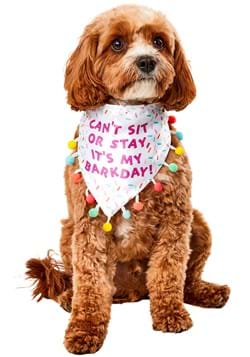 If you're ready to be up to no good this Halloween, you've come to the right place to find the perfect minion costume! Dr. Gru won't be able to get many of his evil plans off of the ground unless he has his troves of dedicated Minions to back him up! Suit up as one of the memorable characters with one of our officially licensed costumes. We have minion costumes of Stuart, Kevin, Dave, Bob and much more! Find a fluffy unicorn costume that Agnes loves so much, or even a girls minion costume for any girl. Dru and Gru costumes are available here, too! The best evil plans can only be accomplished this Halloween with a smiling yellow, pill-bodied friend by your side. So grab your most mischieviest friend and search for an adult minion costume! Or dress up your silly child in a kids minion costume to have some tricky fun this season with any of these awesome Despicable Me costumes!

Since prehistoric times, the Minions have served as the yin to many despicable villains’ yang—which stands to reason because those who do dark and evil deeds need sweet and silly counterparts. Maybe that’s why they are attached to so many memes! (Seriously, can you even touch social media without getting a glimpse of at least one Minion eager to bring a smile to your day?) But the real question is how you can get a Minion on your side.

These deviously mischievous characters might delight us from the safety of our movie screen. But what happens when they are running amok on missions to wreak havoc on the universe? Sure, a Minion’s zaniness prevents them from doing any actual harm, but you should still keep ‘em under control. How? Well, what if you became a Minion from the Despicable Me franchise? You won’t need any advanced tech from a mad scientist to make it happen. Just try our Minion costumes!

Minions are fun for the whole family because they’re always up for a good time. Whether they’re dressing up as the Village People or enjoying an epic bowl of ice cream, they’re always doing something strange—and look like they’re having so much fun! Do the same with your clan by dressing in our Minions costumes. We have them for everyone! Tiny tots and full-grown adults can suit up in jean overalls and bulky glasses or a yellow wig cap! It’s time to transform!

Everyone knows that the Minions are short-statured creatures with personalities befitting a bunch of crazy kids. Clearly, these are not the kinds of costumes designed for adults, right? Ha! Trust us. When you get your hands on a Minion costume for adults, you’ll instantly be channeling the chaotic kiddo within. Slip into the blue overalls and yellow shirt. Add some banana-tinted face paint and say hello to an amazing time!

Being a henchman isn’t the best job, but it’s definitely fun! You just need to take a deep breath and dive in to see what the day will be like! Just like this Inflatable Minion costume. It inflates with an interior fan and battery pack, making adults larger than life and ready for some hilarity. Create an adorable Minions costume by pairing it with any of our other adult Minion costumes so your duo can literally go bananas together!

It may seem like all the Minions are named after boys, but these quirky creatures clearly come from all walks of life! There’s no reason a girl can’t get in on the animated adventures of these adorable mischief-makers. Help your kiddo twirl up some fun when they swipe the spotlight in a Minion costume dress! Accessorize with leggings to add warmth and extra personality while your little Minion is on the mission. (Just watch out or they might steal the whole show!)

The Minions are pretty good at stirring up chaos. But—wow!—do they know how to cause trouble!? If that rough-and-tumble attitude reminds you of a boy you know, it may be time to suit them up in a Minion jumpsuit! Durability is only one of the advantages. They’re also fully customizable. After the gloves and goggles, you can add your own touches to create the character your kid likes most. Sometimes it’s the easiest styles that serve up the most fun!

Your pooch is your very own little Minion. In fact, the family pet may even be better than a Minion, since there is a fair chance that they listen to you every now and then! Still, if your furry friend is a bundle of chaos, you can turn them into a babble-speaking Minion with a Minion dog costume to bring out their inner mischief-maker. Let them come to your aid for any of your own devious plans or just watch their tails wag for the jumpsuit and headpiece.

Sometimes, a Minion has a lot to do and not much time to get it done. Perhaps Gru needs you to run on a critical supply mission. Maybe he’s even been boss-napped and it is up to you to bring him home. Those are the times when you simply don’t have the time to dive into your usual outfit. It’s all about grabbing a Minion costume shirt and starting your animated adventure. Stay cool, keep warm, and pop that hood up for Minion fun!

Some say that all Minions are the same. That’s not true at all! One of our favorite parts about the Minions is how they all have little things that separate them from the others. Maybe it is the way that they wear their hair… (if they have any to begin with). It might be the style of goggles they wear or a unique way their denim hangs off the shoulder. But one of the easiest ways to distinguish yourself among the Minion masses is with your choice of Minion Accessories!

For a group of villains, the weaponry they employ are usually not that dangerous. They are more like something you’d find at the local joke shop. Of course, that is part of what makes the Minions so lovable. They are mischievous but hardly violent. Then again, when you show up wielding a Despicable Me Fart Gun, folks might think that you’re one to watch out for. There’s nothing silent or deadly about a Minion toy weapon!

When a Minion shows up to work, they can sometimes surprise you. Sure, they usually have their gloves and overalls ready to go. They might come equipped with their little black boots, too. But, have you ever noticed that most of the Minions need to gear up in other disguises, too? Perhaps they’re going undercover. Maybe it’s just party time. But no matter what, you can always recognize a Minion by the goggles they are sporting!

When a Minion is getting ready to drift off to sleep, what do you imagine they do? Clearly, they can’t wear the exact same kind of work attire they’ve been in all day. They need something that is just a bit more comfortable… but also keeps them in a work-appropriate wardrobe just in case Gru comes calling. That’s why the genius inventors came up with the perfect combo. Did anyone ask for Minion Pajamas!? Double up the fun with costume and comfort!

So, you have your complete Minion outfit all ready to go… but there is just one problem. How many Minions do you see sporting a full head of hair? Heck, most of them can’t even manage a few functioning follicles. If you are looking to make your Minion transformation truly authentic, all you need is a Minion hat to help you finish the job! Wear it atop your head and you’ll instantly have the yellow dome you’ve been desiring.