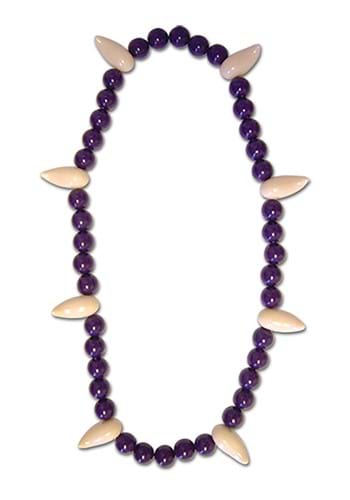 Inuyasha... isn't always a ray of sunshine. He's great at starting (and ending) fights with demons, but being nice isn't one of his strengths. He can be argumentative, grumpy, and sometimes just downright mean. Those are all pretty useful traits to have when evil demons show up to take the Shikon Jewel, but not so much when you're just trying to enjoy lunch with your friends or gather information from the locals. That's why it's good to have a little ace in your sleeve!

With two simple words, you can stop Inuyasha right in his tracks. Is he being exceptionally rude to some kindly villagers who are trying to help you? Sit boy! Is he picking a fight with Koga, yet again? Sit boy! The uses are endless!

Okay, okay. So, maybe this Inuyasha Necklace isn't infused with magical powers like the one from the anime series. (We haven't actually tested it out.) It does, however, look just like the necklace worn by Inuyasha, making it a clear addition to any Inuyasha cosplay outfit. It features plenty of small, spherical beads with 8 fang-shaped beads spread in-between. Just toss it around your neck and get to adventuring!