Halloween-Related Traditions Around the World 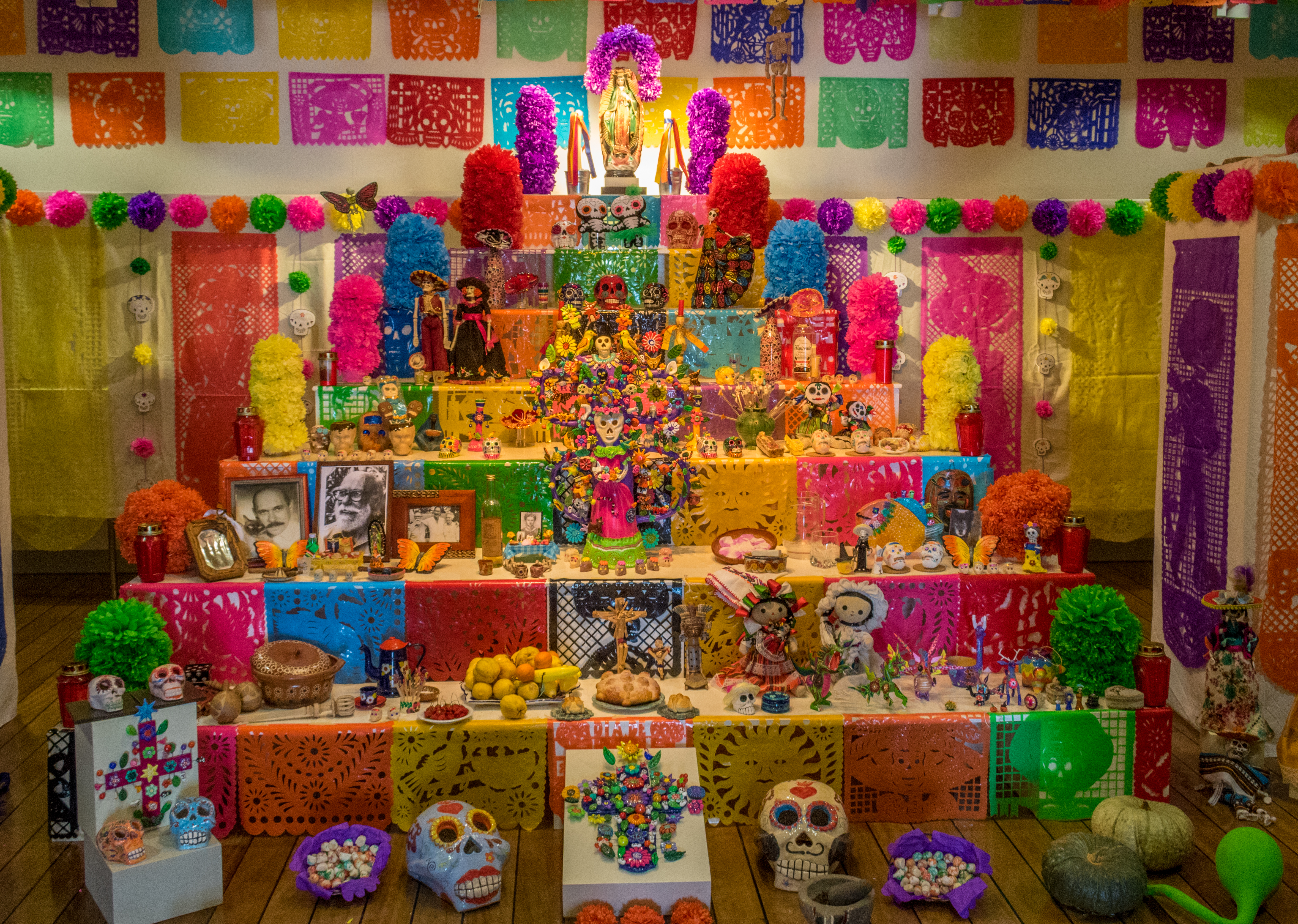 Halloween is one of the oldest holidays still celebrated today. In ancient times, it did not look like the Halloween traditions we see today, with costumes, jack-o'-lanterns, and trick-or-treating. Halloween began as a festival in Europe celebrated by a group of people known as the Celts. The Celts made this holiday because they believed that at a certain time of the year, the spirits of those who had died could visit the living on Earth.

There are many ways people choose to celebrate Halloween today. Sometimes, it is called a different name in different places around the world. They don't always celebrate at the same time of the year as the United States. However, all of these traditions are linked in some way to remembering people who have died.

Ireland is where Halloween began. Irish people call their celebration Samhain, pronounced "sah-win." Like Halloween, Samhain celebrations start on the last day of October. However, Ireland continues to celebrate Samhain on the first day of November. There are a lot of similar traditions to Halloween. On this day, the Irish would gather together to light a bonfire to ward off bad spirits. Dressing up in a costume was meant to confuse these spirits as well. Other activities include bobbing for apples, trick-or-treating, and eating lots of food.

In Brazil, there is Dia das Bruxas, or Witches' Day, which takes place every year on Oct. 31. It is centered around Saci Pererê, a character in Brazilian stories who liked to joke and play pranks on people, and it's sometimes called the Day of Saci instead. To act like the fun-loving Saci, children dress in colorful costumes and receive candy. Adults enjoy parties full of food and dancing.

Mexico has a Halloween celebration known as the Dia de los Muertos, or Day of the Dead. It is celebrated on the first and second day of November. For the Day of the Dead, families will create altars for the souls of their loved ones that have died. They will place items at these altars such as a photo of the person, candy skulls, candles, clothing, toys, ornaments, and food and drink offerings. People dress in colorful costumes and makeup, join parades, and dance to honor the memory of the dead.

Saint Martin's Day, also called Old Halloween, is a holiday celebrated on Nov. 11 in the Netherlands and other places in Europe. This day was named after Martin of Tours, a patron saint of France. Children go up and down the streets dancing and singing songs, holding homemade lanterns, and knocking on the doors of houses as they go. As a reward for their effort, they are given candy or other treats by their neighbors.

China has their own way of honoring the dead through a festival known as the Hungry Ghost Festival. This festival, which happens in July or August, is named after the hungry ghosts that come to Earth to look for food around this time. It is treated as a serious occasion. The Chinese choose to remember their loved ones by dressing in dark and simple clothing, visiting and cleaning graves, and burning paper offerings. Once it is nighttime, they light floating lanterns and place them in the sea.

People in Japan hold their own festival to pay respects to their ancestors, which is usually in August. They call this celebration Obon, and it's also known as the Lantern Festival. For Obon, families usually visit the graves of their ancestors, dress in Japanese robes known as yukatas, light fireworks, and dance a traditional dance called a bon odori. To help the ghosts of their ancestors find their way home, they will light lanterns at the entrances to their houses.

In Nepal, there is a holiday called Gai Jatra, or the Cow Festival. This is a festival for families to celebrate the lives of their loved ones who have died. Even though that may seem sad, it is actually a festival full of fun. Families will choose someone to lead a cow down the street. If the family does not own a cow, they will dress their children in cow masks and send them instead. The reasons cows are important to this holiday is because they are believed to help guide the souls of the dead to heaven.

Halloween in the United States is a holiday when the spirits of the dead are believed to be able to interact with the living more than at other times of the year. To celebrate, children dress up in costumes and go trick-or-treating for candy. Houses are usually decorated with skeletons, witches, zombies, mummies, goblins, and other supernatural beings. Haunted houses and ghost tours are also popular attractions.

Though many places don't have a long history of celebrating Halloween like the United States does, some countries have joined in on the fun. As American culture has spread, places like the United Kingdom and Germany have adopted Halloween traditions like dressing up in costumes and giving out candy. This is a holiday where everybody is welcome to join in on the spooky fun!