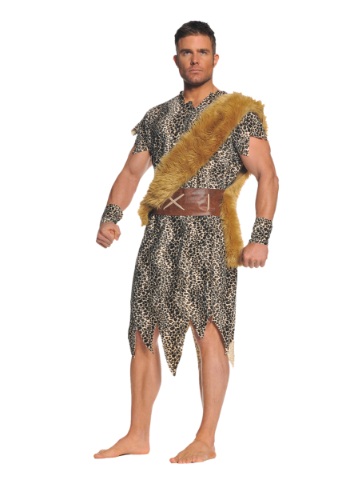 In ancient times, long before history began, even before the idea of the present was fully figured out, mankind traveled the world and hunted massive mammals for their delicious meats. But, really, they spent the most of their time hiding in caves after only barely discovering how to make fire. ‘Cause, way back then, it was pretty scary to go outside and do anything. Sabretooth tigers, mammoths, and all sorts of other creatures made for pretty spooky neighbors, and that isn’t even including the other cavefolk who might want to come in and snatch your mammoth steak!

But, when they were able to finally settle down, they eventually came to realize that running around in muddy strips of leather was hardly the best way to look and it certainly wasn’t going to win anyone any hot caveladies. (And, with fire so recently discovered, hot was definitely the temperature they were aiming for!) When ya gotta compete with that tiger-rider next door, the only way you can do so is by wearing your victories as a trophy. And, whether you did the hunting yourself or not, we’ve got the ticket for you!

Hop into this stellar Cave Dweller costume. This one piece tunic has tattered edges as would be expected in a time without fine sewing, but the faux fur leopard print will scream just how effective a hunter you are! The attached sash has long faux fur fibers from yet another beast of your successful conquering and the vinyl belt secures with Hook and Loop fastener… an invention that not even we knew came from that long ago! In no time, you’ll be bringing in all the attention and that tiger-riding caveboy next ‘door’ will be left weeping into his mammoth pillow.