Back to the Future Costumes 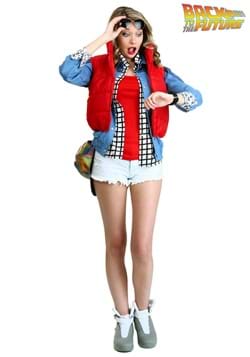 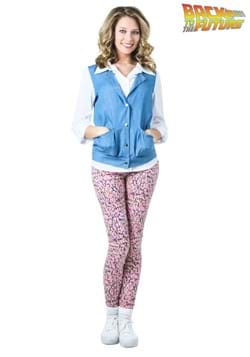 Adult Back to the Future Jennifer Parker Costume 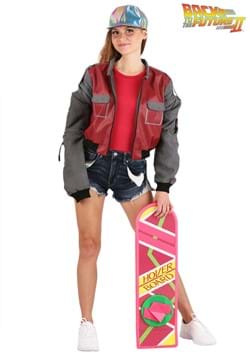 Women's Back to the Future II Marty McFly Costume Jacket 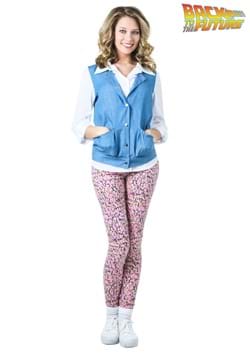 Women's Back to the Future Jennifer Parker Plus Size Costume 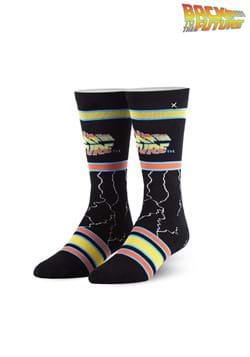 Odd Sox Back to the Future Adult Knit Socks

"Wait a minute. Wait a minute Doc, uh, are you telling me you built a time machine... out of a DeLorean?"

In Hill Valley, California, something fantastic happened October 26th, 1985 - time travel was first ever tested. Doctor Emmett Brown turned a stylish DeLorean car into a time machine that, once it hits 88 miles per hour, will travel to the time the driver wants. But during that first trip, it wasn't Doc that went back in time but his assistant Marty McFly. Marty ended up on Old Man Peabody's farm on November 5th, 1955 with a time machine that was all out of fuel. This meant that Marty had to find a young Doc Brown to help him out with his time displacement problem while not getting into too much trouble in 1955. The latter problem proved to be a little tough for Marty because he became a part of his parents' lives when they were teenagers. This left Marty, now known as Calvin Klein by his young parents, trying to help give his dad the confidence to ask him mom to the "Enchantment Under the Sea" dance all while avoiding the bully Biff Tannen.

After getting his parents together at the dance and preforming a Chuck Berry inspired rendition of "Johnny B. Goode" Marty makes his way to the Hill Valley clock tower to try and make it back to the future. Doc has the DeLorean wired up to get struck by lightning so it could get the 1.21 gigawatts it needs to get Marty to 1985. The plan works and Marty is back home but only has a few moments to breathe when Doc Brown comes to grab Marty and his girlfriend Jennifer and bring him to the future for an adventure that will eventually lead him to the old west.

The Back to the Future trilogy has become a classic in the history of film. These science fiction movies about a boy who gets stuck in literally the wrong place and very much the wrong time have entertained millions. Marty's adventures through time included a '50s era high school, a futuristic suburbia, an alternate and dark reality, and even the wild west. Now you can look just like the coolest time traveler to ever float on a hoverboard in our great Back to the Future inspired costumes!

How to Be a Back to the Future Character

You've always wanted to travel back in time, or into the future. It's just human curiosity. Lucky for us the Back to the Future trilogy showed us all what this might be like... you could cause a paradox and destroy the entire space-time continuum and then you'd have to set everything right before you disappear before your very eyes! Yep, it's so much safer by just wearing costumes like these and not actually going back in time...

This is Heavy, Doc 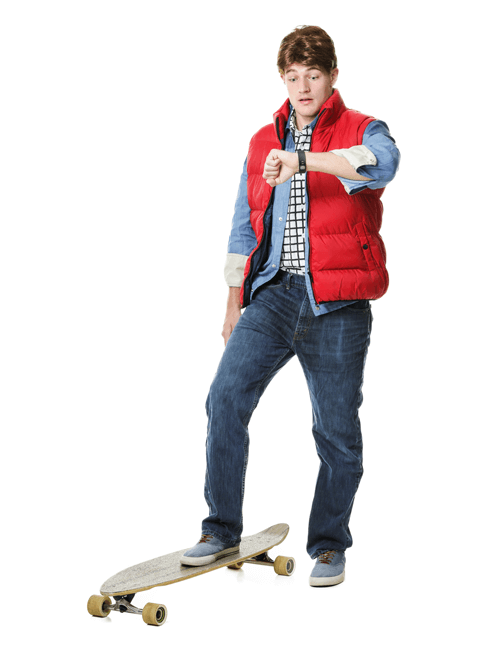 The Future is Here... 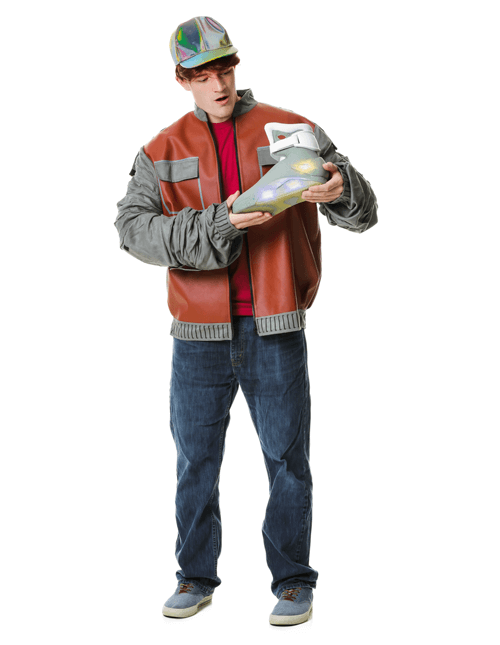 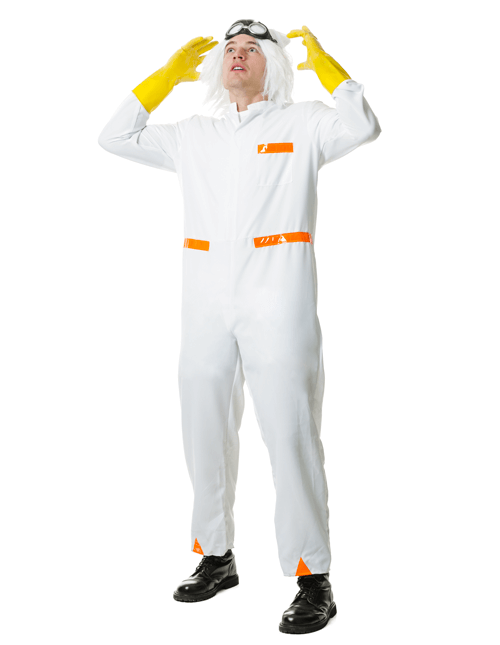 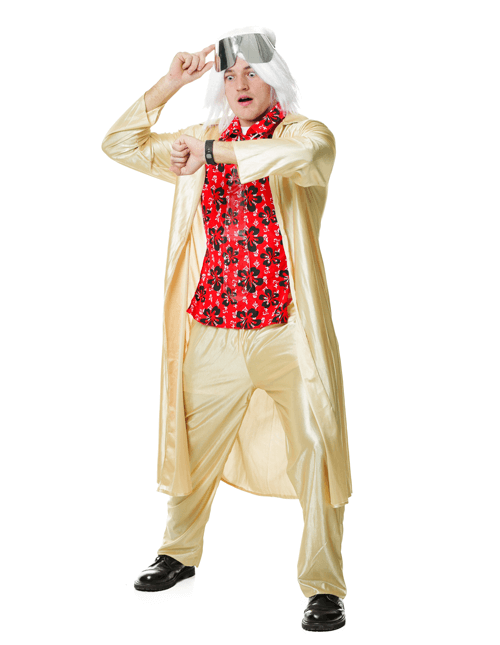 We love Back to the Future around here and we’ve come up with some iconic poses for you to make while you wear a Back to the Future costume and take pictures this Halloween or at the next big Comic Con. Check your watch as Marty or Doc, marvel at future technology like our light-up shoes, or get really animated when you shout 1.21 Gigawatts! Combining the costumes with poses and phrases will make you look straight out of… the future!

It Doesn't Work on Water 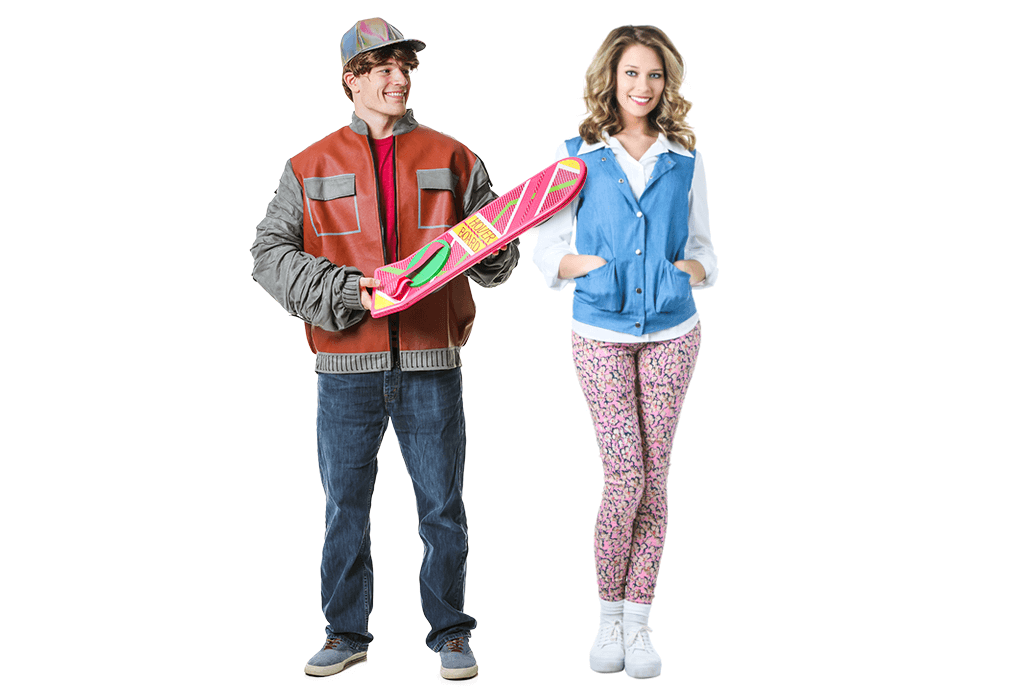 Marty and Jennifer Parker are an awesome 80s power couple. Sure, they end up having a pretty plain suburban life in the future, but they’ve actually traveled through time! Not many people can say that… and when it comes to being a couple always remember that the future isn’t written in stone. You can make it whatever you want it to be, so make it a good one. That positive, hopeful mentality goes a long way!

How to Talk Like Back to the Future Characters 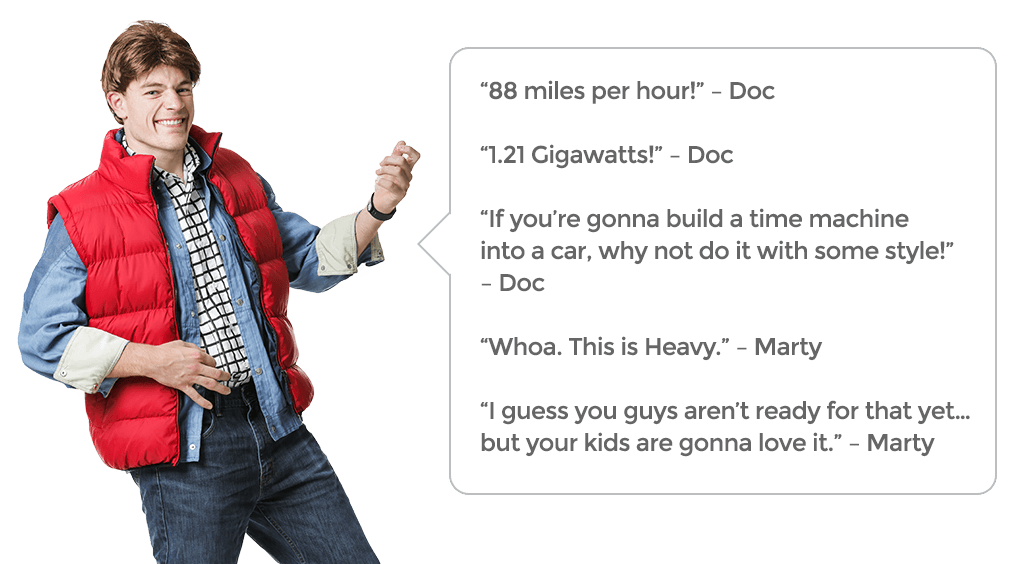