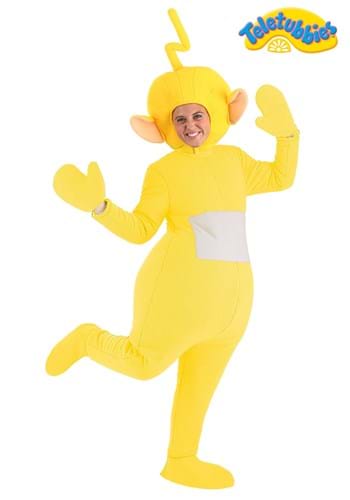 Nostalgia is so in right now. Everybody longs to go back to their childhoods, when life was so easy and fun and carefree. All the time, Hollywood producers adapt TV shows, comic books and even board games that we played as kids into big budget blockbusters. We roll our eyes when we see previews for "The Game of Life," but you can be sure it'll make $1.3 billion at the box office (and that's just the domestic gross).

People love indulging their inner nostalgia, whether that's 30-year-olds buying every piece of merchandise related to a boy wizard even though he's now half their age or adults showing up to Disney World dressed like characters from movies aimed at five-year-olds. Who can blame them? These characters made up a big part of their childhoods! Of course they love them! We do too!

That's why we're not at all surprised you want to bring back a childhood favorite to your next costume party. There are so many to choose from! Are you going to go as a comic book superhero? A teenaged witch? A baby who loves Reptar? Or maybe there's something even better, a character from a TV show that everyone has seen and that unites everyone with its joyful, whimsical exploration of friendship and nonsense. We're talking, of course, of Teletubbies!

Bring some whimsical joy to your next costume party in this Adults Laa-Laa Teletubbies Costume. The exclusive, officially licensed yellow fleece jumpsuit is 100 percent polyester and has a zipper down the center of the back for easy wear. There's fiber fill in the jumpsuit for a plump look, along with attached foam mitts and foot covers that have an elastic band under the feet. There's also a headpiece that has a hook-and-loop fastener under the chin and features Laa-Laa's trademarked squiggle on top.

Everyone will recognize you when you show up dressed like Laa-Laa! We know this will make people smile, especially if you round up the rest of the Teletubby gang to join you!