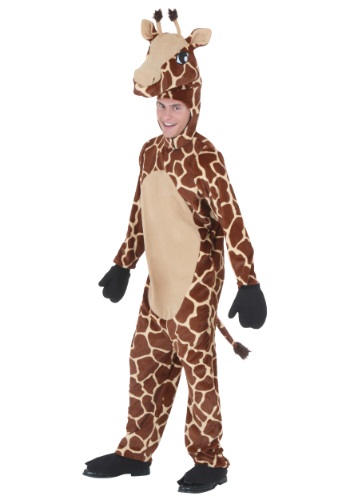 You’ve likely noticed while wandering your urban jungle that there is a frequent presence of a certain family of animals. They’re usually quite furry, four limbed, and issue a sound that falls somewhere between a nearly silent throat rumble to a ferocious, thunderous roar. They’re known to have rather independent personalities, often veering pretty close to being judgmental. They have colorizations that… Cats! We’re talking about cats. They’re everywhere. Kittens, kitties, cats, tigers, lions, panthers… cat girls, cat women, cat men. It’s always cats.

Now, there are many in the urban jungle that take issue with this clear dominance of the cats in the world. And, this isn’t just coming from the dogs who are seemingly in constant war with their feline counterparts. There are several others in the animal kingdom that have their own amazing personalities that are simply never given any attention due to the near monopoly that the meowing critters have in the world. Did you know that giraffes, for example, tell the best jokes of every creature in the kingdom? You thought hyenas, we suspect, but it is, in fact, the long necked giraffe. Something about being able to see the punchline from a mile away, we suspect.

It is time for you to help give the glorious giraffe the attention that it sorely deserves and we can help you illustrate it’s delightfully goofy demeanor thanks to the Adult Jolly Giraffe costume. This polyester velour and fleece fabric jumpsuit fits well thanks to its back zipper and includes a delightful sewn-on faux fur tail. The headpiece transforms you with its soft-sculpted giraffe head, including soft antlers, and even gives you an extra foot of height—who can argue with that!? Get ready to bray out your perfect jokes… though, we admit, people will already be in a jolly mood just from the sight of you!