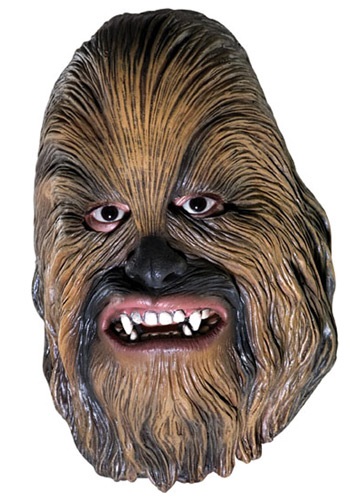 In 1978, the Star Wars Holiday Special aired on TV. Set in the Star Wars galaxy, it starred the series' first film's main cast (while also introducing the character Boba Fett). It was one of the first official Star Wars spin-offs, and even though it was so hilariously bad that it has long been a dark, somewhat obscure footnote on the Star Wars history scroll, the highlight of this Made-For-TV movie that the storyline that tied the special together centered around Chewbacca and his family. Traveling with Han Solo, Chewbacca goes back to his home world of Kashyyyk to celebrate Life Day with his family: His father Itchy, his wife Malla, and his son Lumpy (these were nicknames, their full names being Attichitcuk, Mallatobuck, and Lumpawarrump, respectively). The one triumph of this Made-For-TV movie was that Chewbacca’s family was just as hilariously adorable as he was - Itchy was kind of a dirty old man, Lumpy was painfully adorkable, and Malla was the epitome of everyone you’d want that lovable furry sidekick's wife to be.

So for this Halloween or your next Comic-Con, if you’re looking to do a solid to fan base of the Star Wars franchise, get yourself this this officially licensed Vinyl 3/4 Chewbacca Mask...and then BLOW EVERYONE'S MIND by telling them that you’re actually Itchy, Lumpy, or Malla! Happy Life Day!