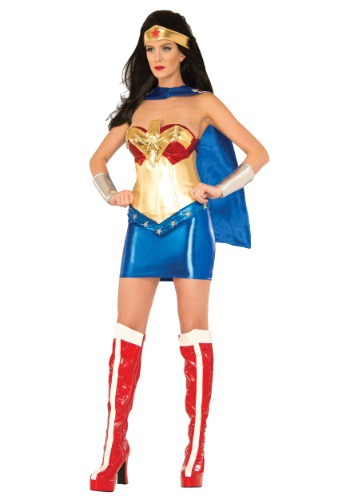 We've come a long way since the days of Lynda Carter spinning around to change into her Wonder Woman costume. Since then, fans have been clammering for a proper Wonder Woman big screen adaptation, because, she's kind of a big deal! She's one of the founding DC superheroes and has been a staple of their comics since 1941. She played a big part in the founding of the Justice League, which is a pretty big deal. Oh, and did we mention, she's a demigoddess? It's tough to get any cooler than that.

But, the sometimes heartless wheels of Hollywood have been spinning for years over a Wonder Woman movie. Big names like Joss Whedon couldn't even get the project going and for a while it seemed like maybe fans would have to stick with the cartoon depictions of Wonder Woman. Finally in late 2013, word came out about auditions for a female lead role in the Batman V. Superman movie, and it was soon revealed to be Wonder Woman. With a lead actress in place for future movies, production began in 2015, with the movie to be released June 2017. Finally, the fans are getting a movie! And we can think of no better way to celebrate that with one of these officially licensed deluxe corset costumes.

This costume is adjustable throughout; it has ties in the back of the corset with a zipper on the side, an elastic waistband with the skirt, a tiara with elastic band, and silver gauntlets with adjustable Hook and Loop fastener. This means one size should fit most. Just be sure that you add Wonder Woman's iconic lasso from our accessories store to complete the costume, and begin the countdown for the new movie!