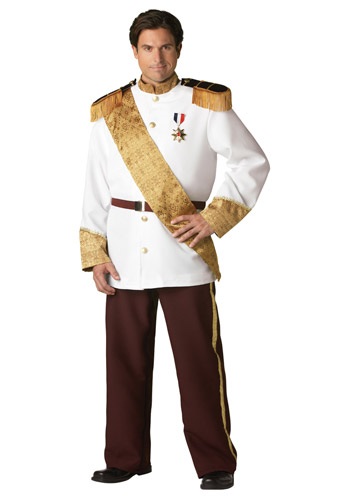 Listen, we get it - it’s a tough job always being charming. Sure, you’re nice, and you care about having good manners, and you always tip 25%, but sometimes, that “I’m a charming prince!” box you’ve built for yourself just gets a little tight, you know? It’s hard being a public persona straight out of a fairytale!

Like, maybe sometimes you don’t always want to be nice to the bartender who took a century to make your cocktail, but you know that if you’re not, the word’s gonna get around. Or maybe you get a little hot under the collar when someone tries to merge their carriage right in front of yours and it takes everything not to flip them off and yell, “Plan ahead next time!” but you don’t do it, because you know that if you do, that’s gonna be a story everyone’s gonna hear sooner or later. It’s hard being a public persona straight out of a fairytale! And we won’t even get you started on the hassle it is to try to go to a party knowing that a zillion midnight and glass slipper puns are coming your way, but you gotta keep that megawatt smile shining bright just the same!

But even though your always-charming life can sometimes get you down, at least you can look good while you’re acting like it doesn’t! And in this Plus Size Prince Charming Costume, featuring luxurious gold braid detail, black velvet epaulets, and sparkling gold fringe on the shoulders, you still get to look your regal best, even when you feel like being a real jerk!

Size Chart
2X3X
Inches
Centimeters
Costume Sizing Tips
Questions & Answers
There are no questions for this item yet. Be the first to ask a question!
Ask a Question