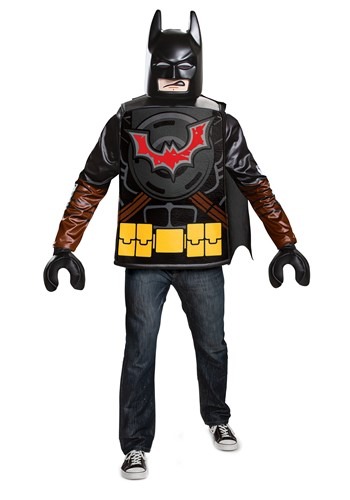 Not Just Any Gotham City Guy

Everyone has an opinion about which Batman is the best Batman. You’ve been mulling it over yourself and come to realize you’re in need of some help making that final decision. Well, you’ve come to the right place. We happen to know that Lego Batman is the #1 Batman!

Get ready to listen, because we have all the facts. Don’t believe what you hear about this Gotham City guy only being dark and broody. There’s so much more that makes him cool. Affleck-level hot and Oprah-level rich only start the list! He has a deep manly voice and insanely ripped pecs. Lego Batman is George Clooney-level charming and has those coveted Val Kilmer lips. He worked for his powers because he’s a self-made man. He didn’t get his awesome skills from the sun like some entitled alien (cough, cough Superman). You see, this Gotham City guy truly outranks the rest with the combination of his plastic-level permanence and kingly confidence!

After years of trying to decide which billionaire superhero deserves the title, you’ll be ready to celebrate the #1 Batman with this Lego Movie 2 Batman Classic Costume for adults! Featuring the edgy chest plate Lego Batman dons in Lego Movie 2, this pullover tunic will transform you into the coolest version of your favorite Gotham City guy! Don’t worry about finding a utility belt or doing a million crunches, this officially licensed costume includes both. After all, Lego Batman wouldn’t be caught letting someone mess up his super-cool reputation. Speaking of which, make sure you don’t forget to wear the included mask and cape on all your Batman adventures—without them, you’ll just look like the unintimidating Bruce Wayne.

Build your own Lego Batman legacy with this Lego Movie 2 Adult Batman Classic Costume. Whether you’re joining your kids for a trick-or-treating trip or impressing Queen Waterva Wa’Nabi with your Gotham City charms, you’ll have everything you need to get into your best Batman character!