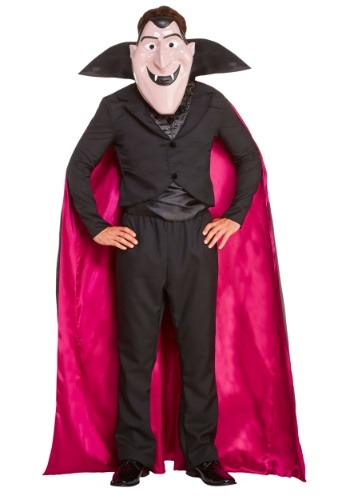 Something about all those stories set during dark and stormy nights makes people think that Dracula is simply a moody, broody guy. While it's true that he lives in a dark and creepy castle that shouldn't be the only way we judge him. And yes, he sleeps in a coffin and only goes out at night but his attitude is much more complicated than we give him credit for.

Listen, Dracula has tried to hold on to that tough guy demeanor for so long but lately he's started to realize that life is. . . well, not exactly short. Let's see here, Dracula has realized that there is more to life than stalking in dark corners and waiting to drain people of their life source. He's begun to enjoy the small things in life. He started raising sea monkeys, sadly the only animals that don't flee from his touch. His castle is almost looking cheerful, he's been raiding Pinterest boards and has started to partake in the D.I.Y. trend. He's particularly good at felting, in fact there are hundreds of wool bats in his lair keeping the real bats company, it's much more charming than before.

We're sure Dracula would appreciate your support for his new public persona this Halloween. When he hears about how cheerful you looked in his classic cape you might even get an invite to his pad. Don't worry, a trip to his castle wouldn't be anything like the books say it's much more warm and cheerful. What, what's that you say? Oh, yeah, he'll probably still suck your blood, a man's gotta eat!